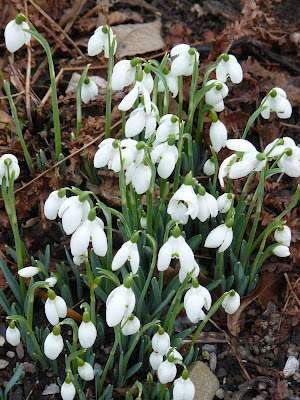 
You will have heard of the Haiku, but have you tried your hand at a Loku? You could perhaps be forgiven for thinking that, unlike the Haiku which often celebrates nature or a season, the Loku is the alternative form for a grey day; but this is not necessarily the case. Ronda Miller tells us that Loku poems were developed in the west, in Lawrence, Kansas. Each Loku comprises three one-syllable words; so if you are after a fresh poetic challenge, you might like to try your hand at creating a profound sentiment in just three words. I, for one, am happy to run with Mariska's personal 'artificial language' definition, when she writes that Loku means 'flower'.