TURIN: LUCI PER LA CITTÀ / LIGHTS FOR THE CITY

LUCI PER LA CITTÀ / LIGHTS FOR THE CITY, hailed as a great Festival of Lights, opens today in Turin, Italy, thanks to the vision of Lidia Chiarelli, poet, creative and Charter Member (with Aeronwy Thomas, Gianpiero Actis, Silvana Gatti, Sandrina Piras) of the international poetic and artistic movement, Immagine e Poesia. The organisers from Immagine e Poesia are joined by Arte Città Amica in this enterprise.
LUCI PER LA CITTÀ / LIGHTS FOR THE CITY
comprises
'two projects at the same time':
-An Art Exhibition at the Villa Amoretti in Turin,
which opens on 25 October2022.
-An International Website with Poetry, Aphorisms,
Short Stories, Art, Music and Photography.

These two projects, the Luci per la Città Exhibition and the International Website, have been created as a tribute to Guido Chiarelli (1902-1982), on the 120th anniversary of his birth. Chiarelli is hailed as the man who transformed Torino into a "Ville Lumière" by illuminating the city streets with his futuristic designs in the 1950s and 1960s.

I wish to thank Lidia very much for inviting me to supply a written contribution for the international Luci per la Città website. You can read my poem,  'Stars in Suburbia', here.

I was born in London and spent the first couple of years of my life in the capital, before moving out with my family to Kent's 'commuter-land'. Our road began at the foot of a slope near the railway station. The public library was situated near the top, where our road joined the High Street at right angles. We lived at the halfway point, neither up nor down.

My bedroom window looked out onto the road where a lamp post (like the one in my picture here) sent its beams into the night sky. Looking back, it seems hard to believe that we still had a gas lamp, requiring the occasional services of a lamplighter; but I have looked into this, and am assured by those who know these things that my memory is indeed correct.

Unlike Leerie in the Robert Louis Stevenson poem, which I came to love, our lamplighter would not have had to make daily visits as the lamps had become partially mechanised by my the time of my 1960s childhood. But they would have required winding at regular intervals. The image of the lamp post also reminds me of the one in The Chronicles of Narnia by C.S. Lewis where Lucy Pevensie first caught sight of Mr Tumnus the faun.

I have not had the opportunity of visiting Torino, but David and I lived in Rome from 1985 to 1986. How well I remember the beautiful lights around Spagna and Piazza Navona in the run-up to Christmas. I can still smell the scent of hot chestnuts and pizza rustica. I even remember the sparkle of snow!

P.S. I couldn't resist including images of two of my favourite UK lamp posts, the top one in Mallaig on the Scottish mainland, where one can catch a ferry to Skye, and the one below from Lyme Regis, designed in the shape of an ammonite.

My complete Poetry Q&A, conducted by Thomas Whyte in five sections, has now been posted on his Poetry Mini Interviews blog.

You can find the five sections (in reverse order) here.

Alternatively the individual sections can be accessed via the following links:

Do take a look at the other interviews which can be found by clicking here and looking at the livelink list of names on the lefthand side.

Thank you so much, Thomas, for inviting me to take part.

Posted by Caroline Gill at 12:41 No comments: 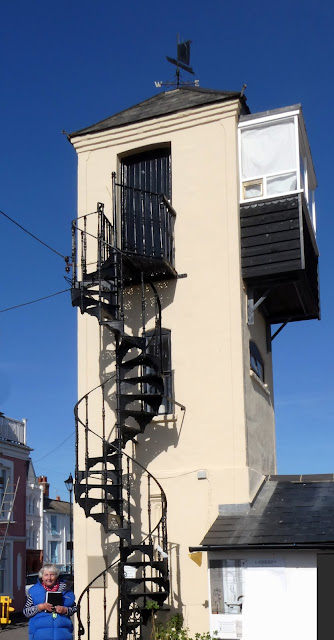 David and I have just returned from a wonderfully sunny day on the beach at Aldeburgh, where we joined other members of Suffolk Poetry Society (SPS) for the traditional National Poetry Day reading at the South Lookout, thanks to our Patron and host, Caroline Wiseman, and to members of the SPS committee who had organised the event. 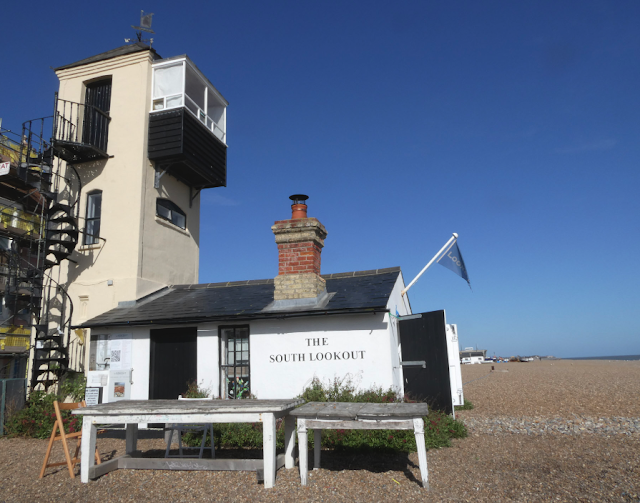 We took the #NationalPoetryDay theme of the environment, which gave rise to a variety of largely serious poems on subjects as diverse as the ocean (and the devastation caused by plastic, oil slicks and pollution), a field where there had once been hedges with birds, and a beach with fossils. While acknowledging the gravitas of the Climate Crisis, we appreciated the occasional moments of wry humour which added to the sense of light and shade.

I read 'Puffin's Assembly'* from my poetry collection, Driftwood by Starlight, published last year by The Seventh Quarry Press (and available here for £6.99/$10). 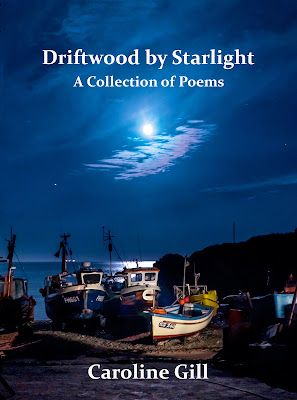 The chip shop was still open at the end of the readings, and proved more than some of us could resist! 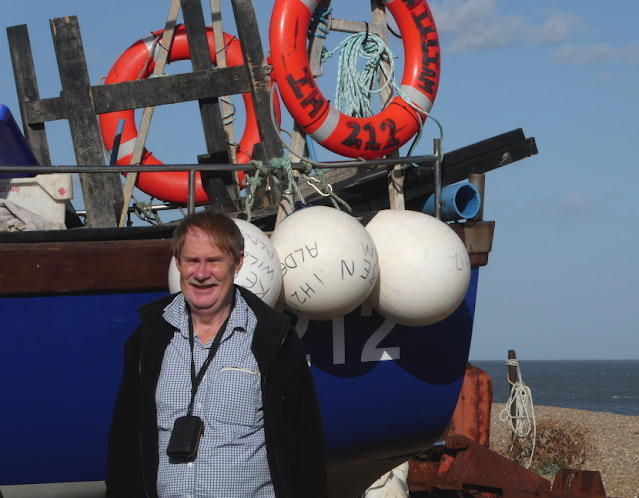 *'Puffin's Assembly' was first published in Orbis. It was inspired by Robert Macfarlane's nature-word campaign, which resulted in The Lost Words. 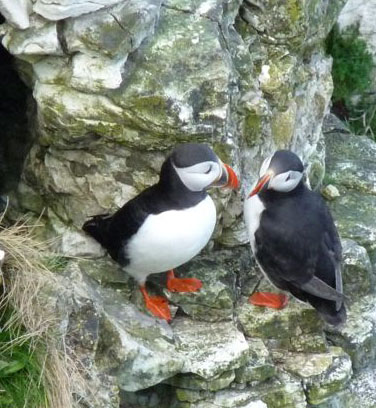 Posted by Caroline Gill at 22:20 No comments: