My triple-issue copy of the international journal, Metverse Muse, edited by Dr. H. Tulsi in Visakhapatnam, India, arrived today. A glance at page 20 revealed that my two contest poems, a Petrarchan Sonnet (about pandas) and a Shakespearean Sonnet (about Pylos), had won me Joint Second Place with fellow UK poet, Pamela Trudie Hodge, in the Fixed Form 'A' category of the 2013 competition.

Many congratulations to Catherine Lee for taking First Place.

Posted by Caroline Gill at 22:48 No comments:


We spent a wonderful afternoon at NT Wicken Fen Nature Reserve, gathering inspiration for the set task in a stimulating poetry workshop, led by Dr Charles Bennett, the Writer in Residence.

What could be better on a late summer afternoon than the chance to be immersed in nature and poetry beneath the wide fenland skies? We shared our draft poems at the end before adjourning to the adjacent tea room for a National Trust cream tea. 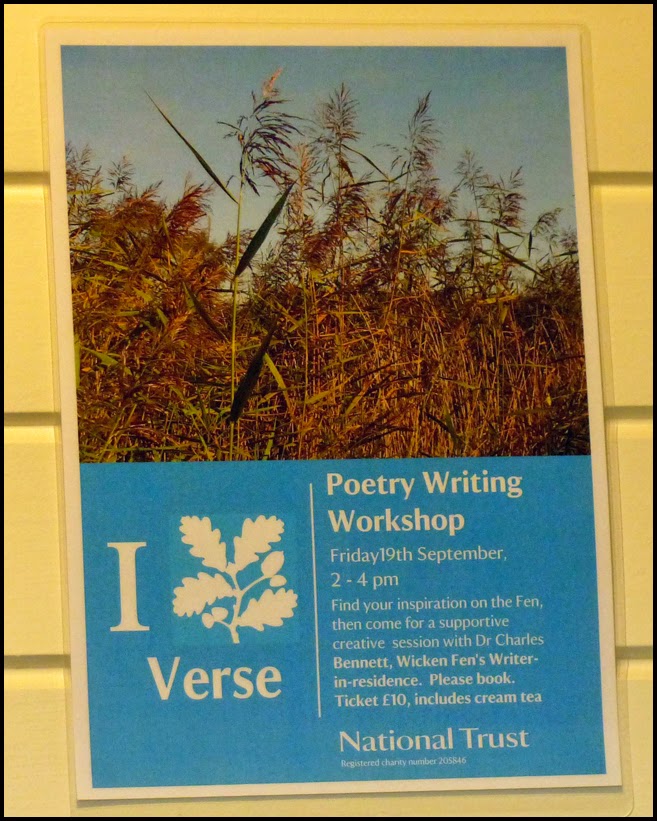 There were still good numbers of Common Lizards and Emperor dragonflies about. We reflected on a number of sample poems before sharing our own drafts. The two hours passed rapidly and it was soon time to adjourn to the tea room for Earl Grey and a National Trust cream tea.

Posted by Caroline Gill at 23:15 No comments:

I heard some months ago that my Edward Thomas tribute poem, 'Literally, for this', had been selected for inclusion in an anthology to mark the centenary of the First World War. The book, so too have the doves flown, was edited by Stephen Boyce, Pam Job and Judith Wolton and published by Jardine Press. The poems were largely written by poets residing in Essex and Suffolk.

I initially came across the name, Edward Thomas, many years ago through the poet's most widely known poem, 'Adlestrop'. Since then I have visited the site of the small village station that fell victim to the Beeching cuts and I have also visited Dymock.

Prior to fighting in France, Thomas spent the last years of his life in the small Hampshire village of Steep. I knew the village through two other tribute poems, 'All day it has rained' and 'To Edward Thomas' by Alun Lewis, but had never had the chance to visit.

so too have the doves flown was being launched at the Winchester Poetry Festival - and with Steep only twenty miles from the venue, the opportunity finally presented itself. 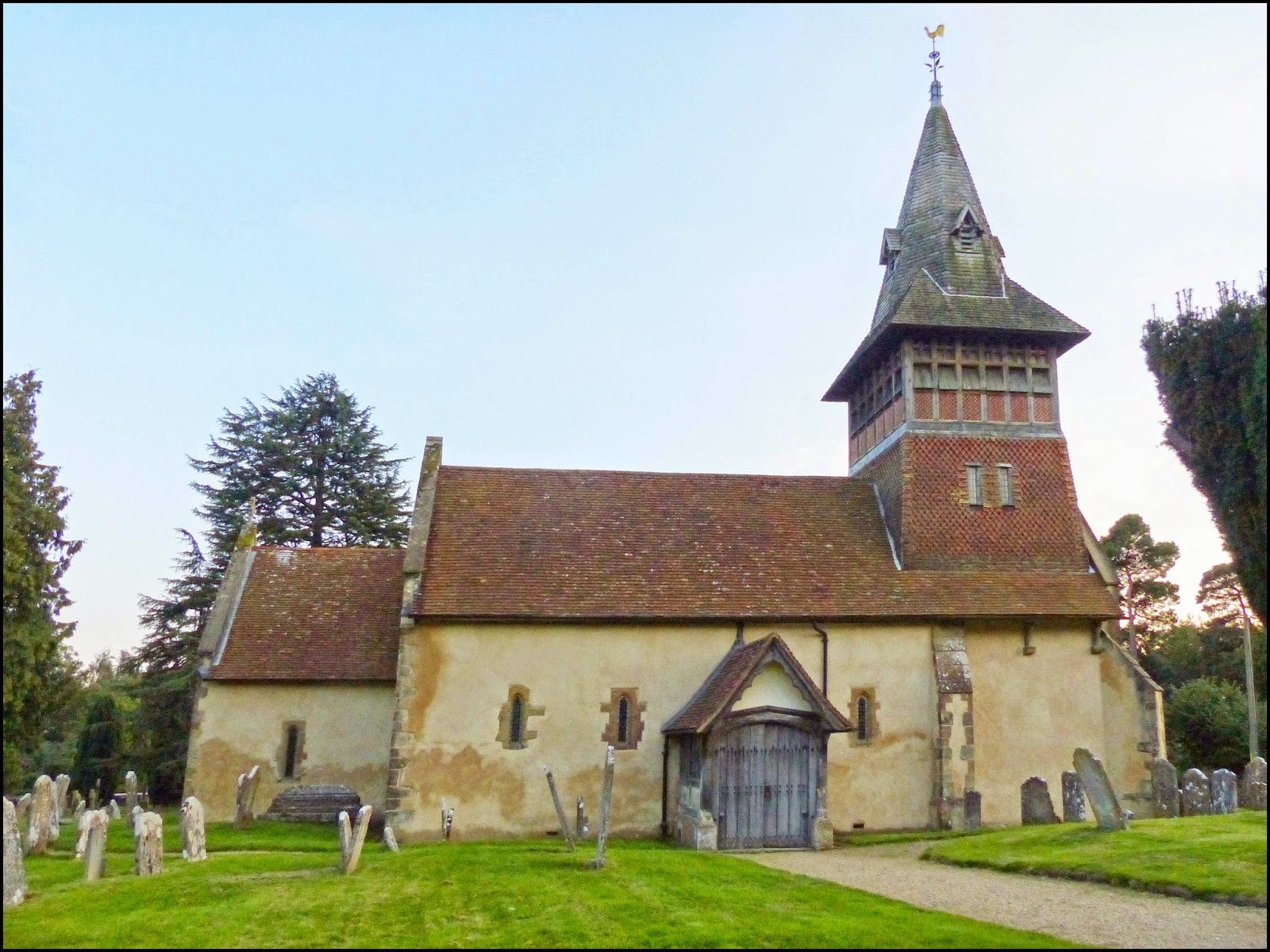 We found the Norman church of All Saints in Steep, nestling under Stoner Hill and the Shoulder of Mutton. The door opened and we were able to take a look around. 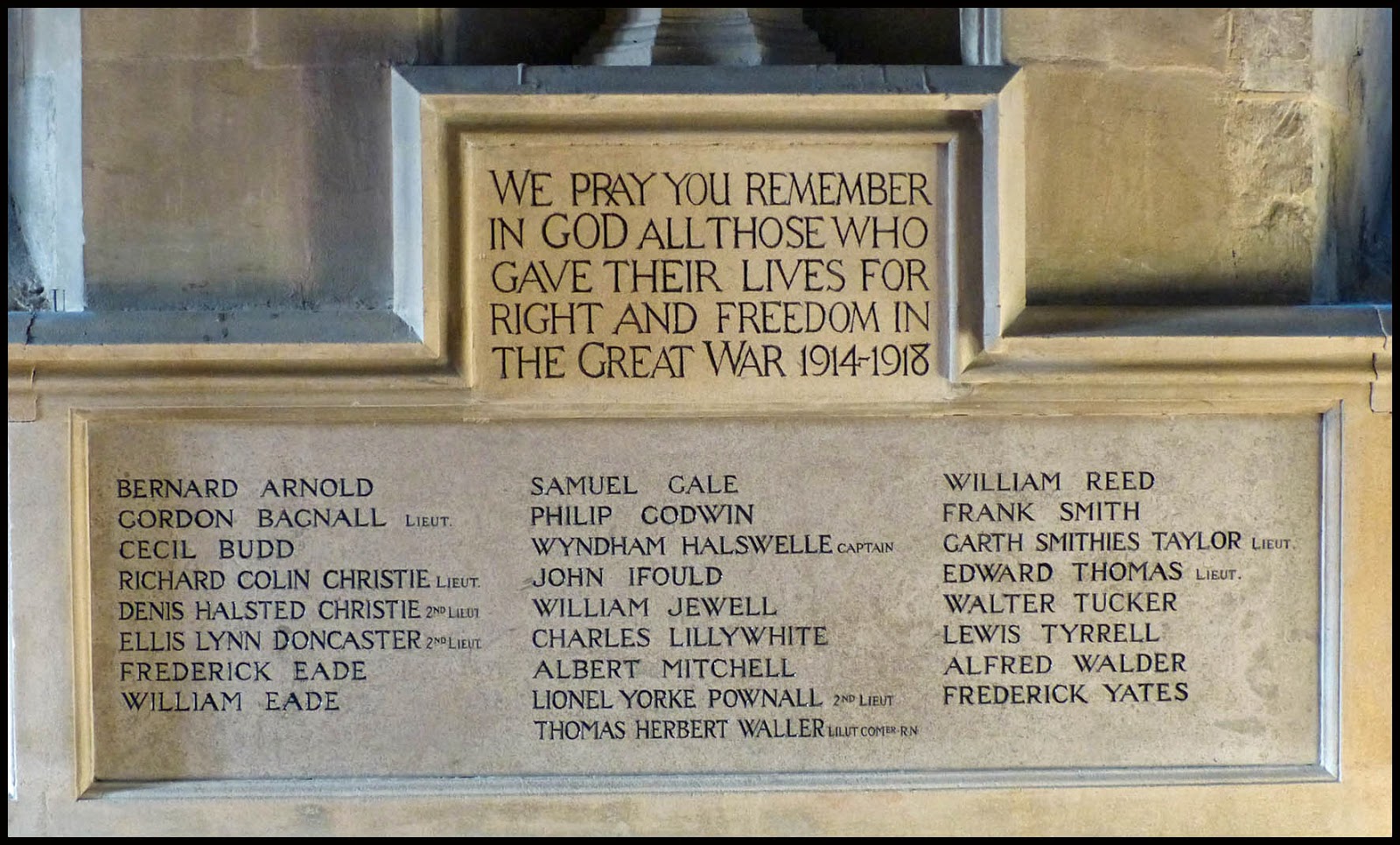 It did not take long to spot the poet's name. There was also commemorative stained glass by Laurence Whistler. We left the church and drove past Bedales before proceeding on our way up Stoner Hill, under the leafy canopy of Ashford Hangers. 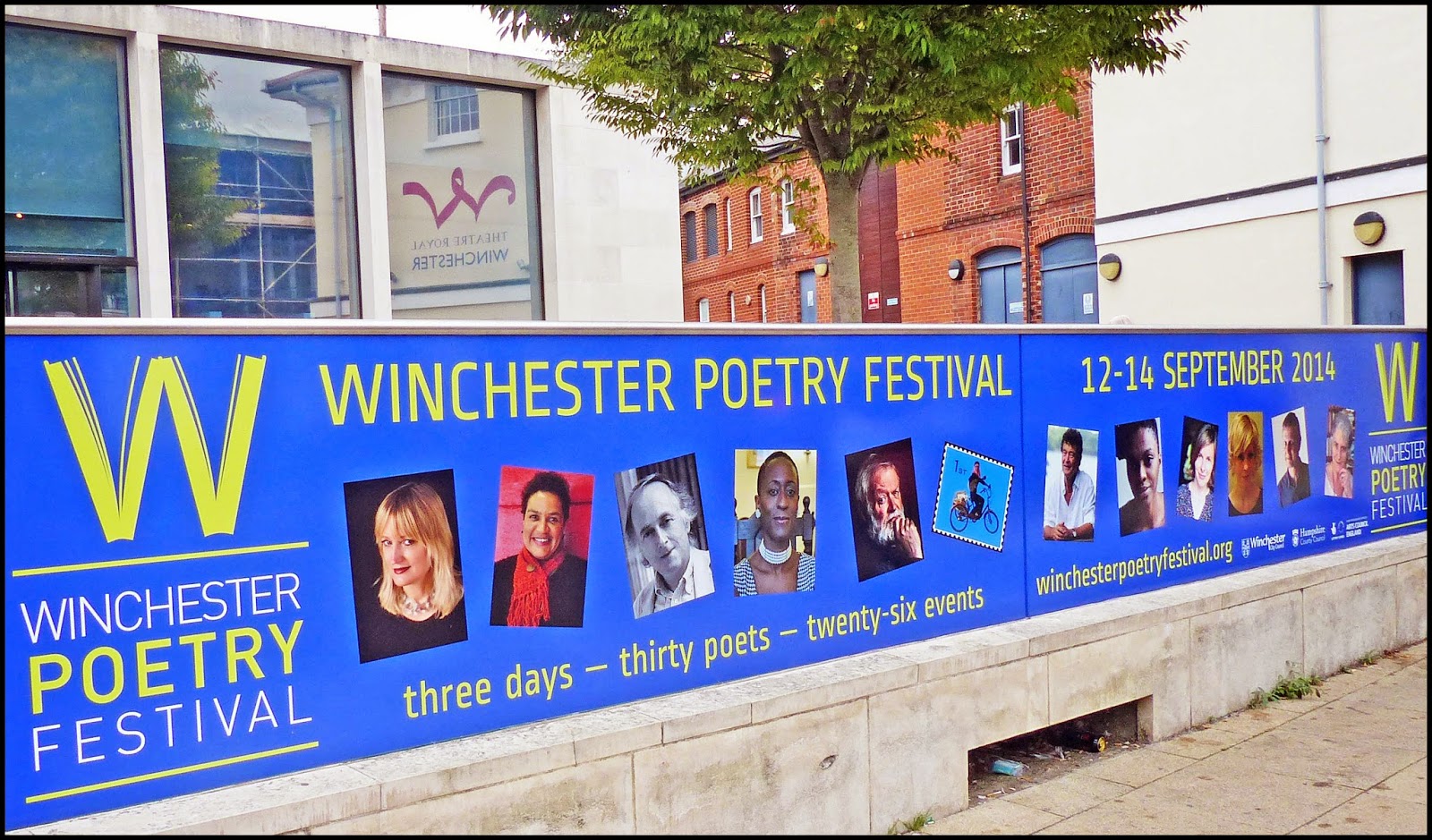 We arrived at the Discovery Centre, venue of the Winchester Poetry Festival, the following morning, in time to have a cup of coffee, buy from the secondhand bookstall, check out the Magma stall, vote for a favourite painting and peruse the Edward Thomas exhibition curated by the Petersfield Museum.

We came across Pam Job and Judith Wolton with Stephen Boyce, who is not only editor of so too have the doves gone but also trustee and co-Artistic Director of the Winchester Poetry Festival.


It was soon time to wander across the road to the Green Room ... 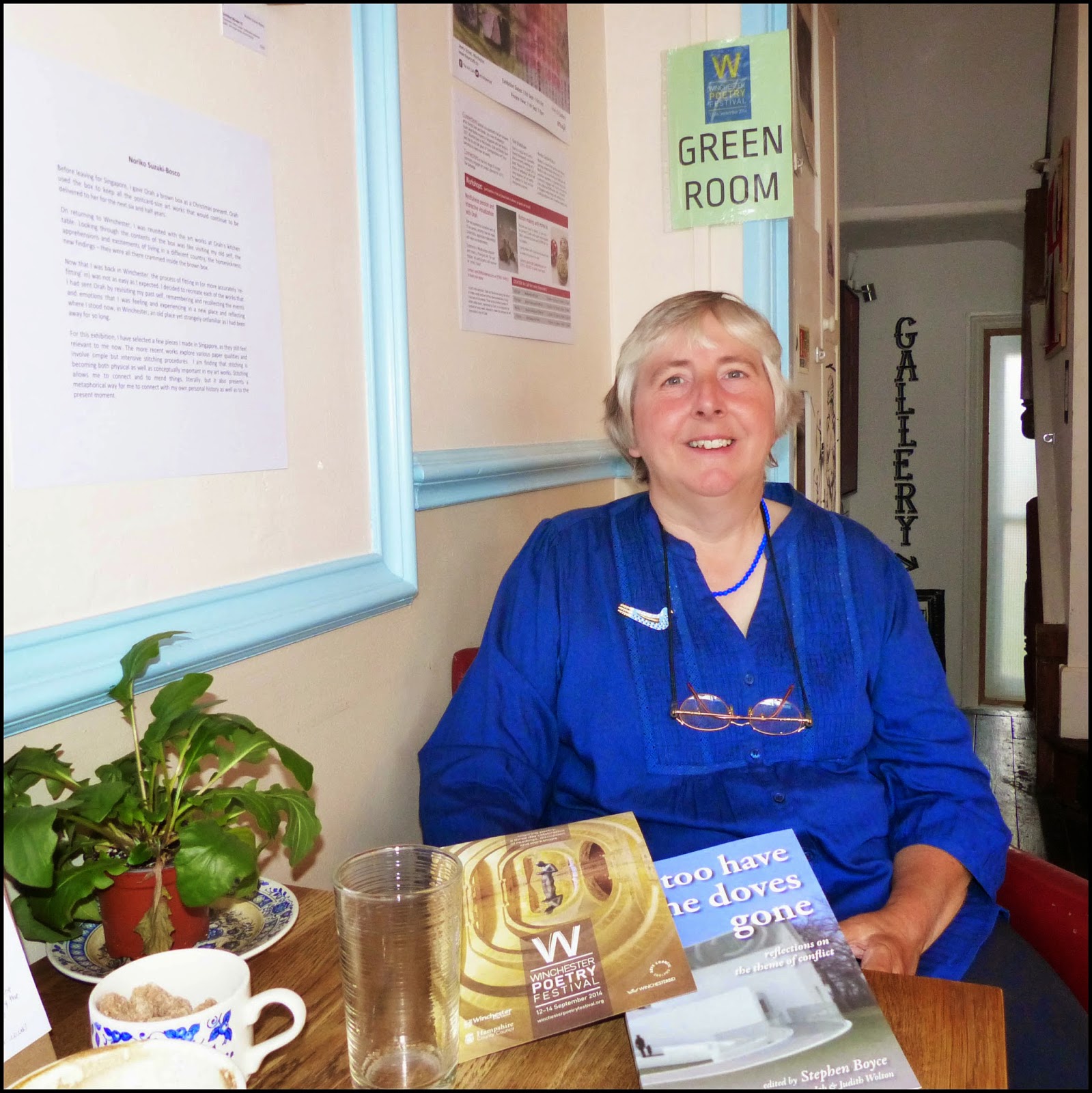 ... before taking our seats back in the Discovery Centre in preparation for the event. 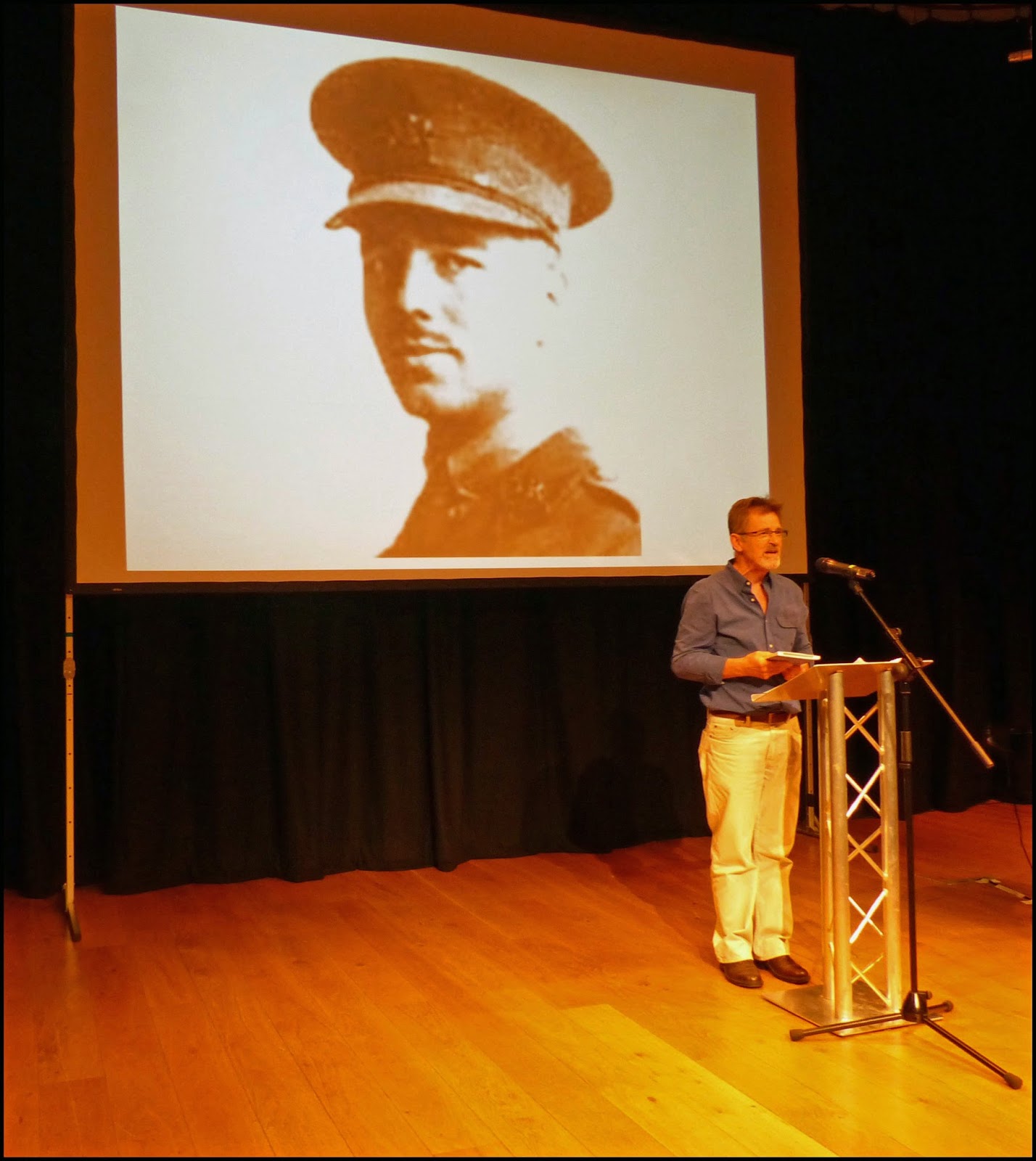 Stephen Boyce gave a welcome and an introduction before Judith and Pam delivered their presentation on the inspiration behind the anthology project.


It was soon time for the readings. 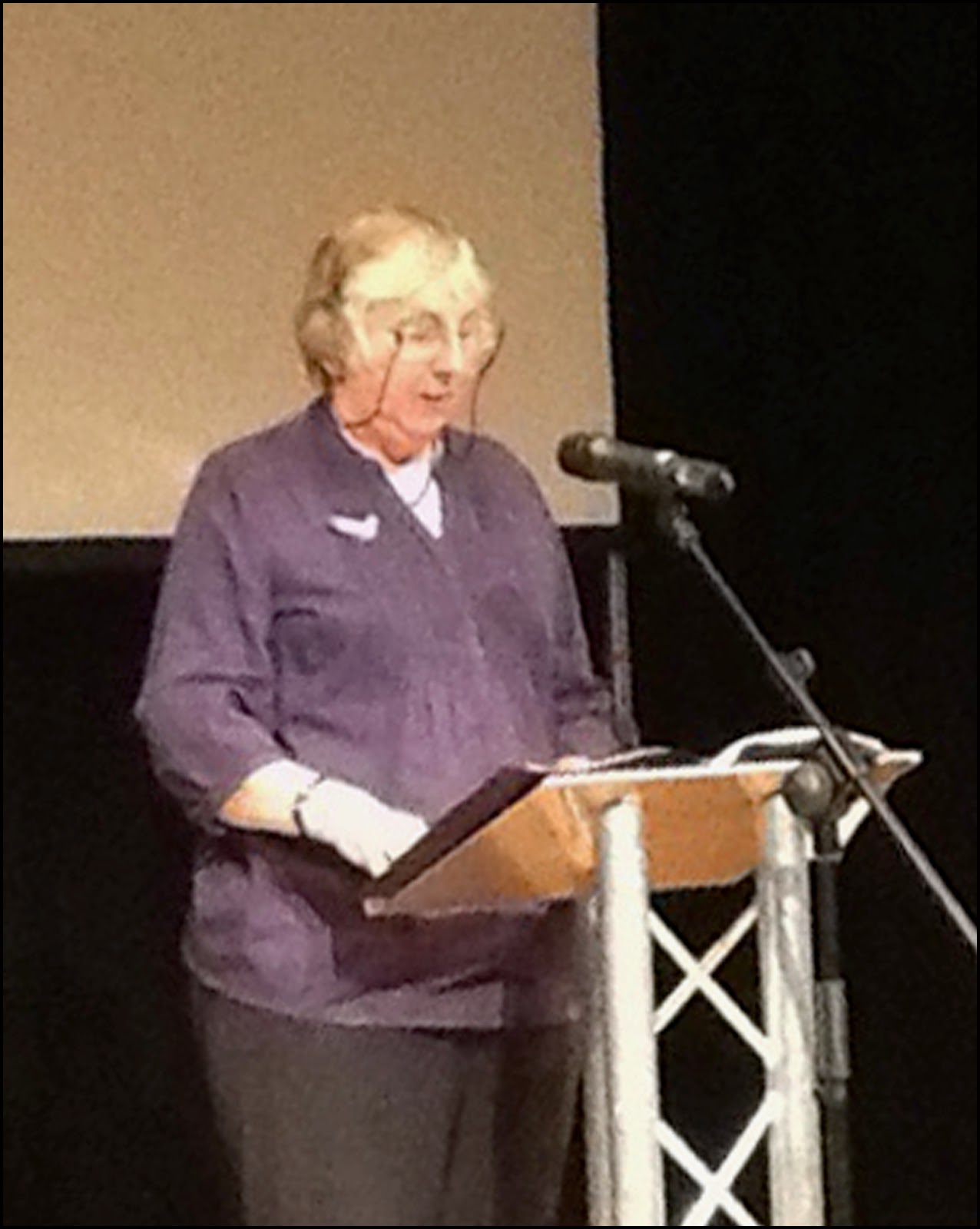 The poems in the book are very varied and cover different eras and geographical locations, but all address the theme of conflict and our human response to times of war and unrest. 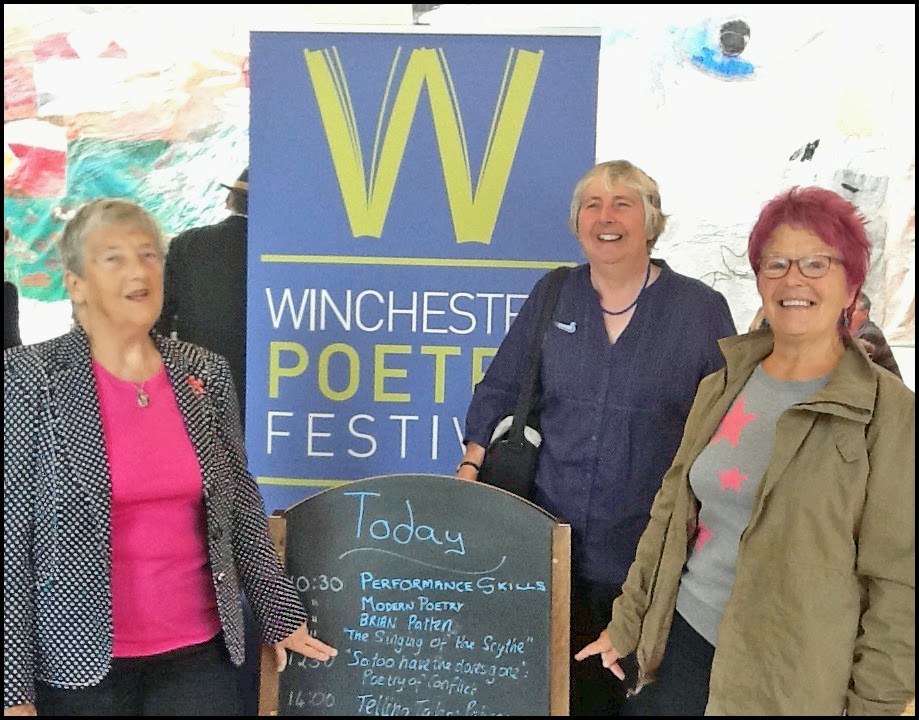 My thanks are due to the editorial team and to Stephen Boyce for inviting us to take part. The 2014 Winchester Poetry Festival 'had three interwoven themes: to commemorate the poetry of the First World War, to celebrate Hampshire’s contribution to our literary heritage and to bring together a fine array of leading contemporary poets.' I hear a rumour that a second festival is planned for 2016 ...

I was sorry to miss the Edward Thomas talk by Edna Longley, but I was delighted to sample a small slice of what the festival had on offer. As David's biscuit poem below demonstrates, there was something to suit all tastes ... 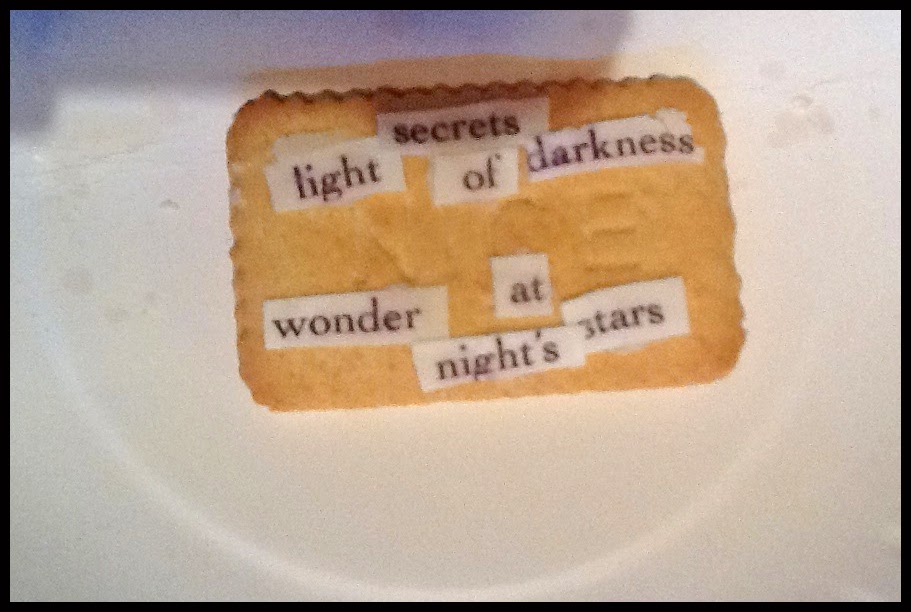 A little light relief was provided by the two Poetry Posties, who allowed a certain intruder ... 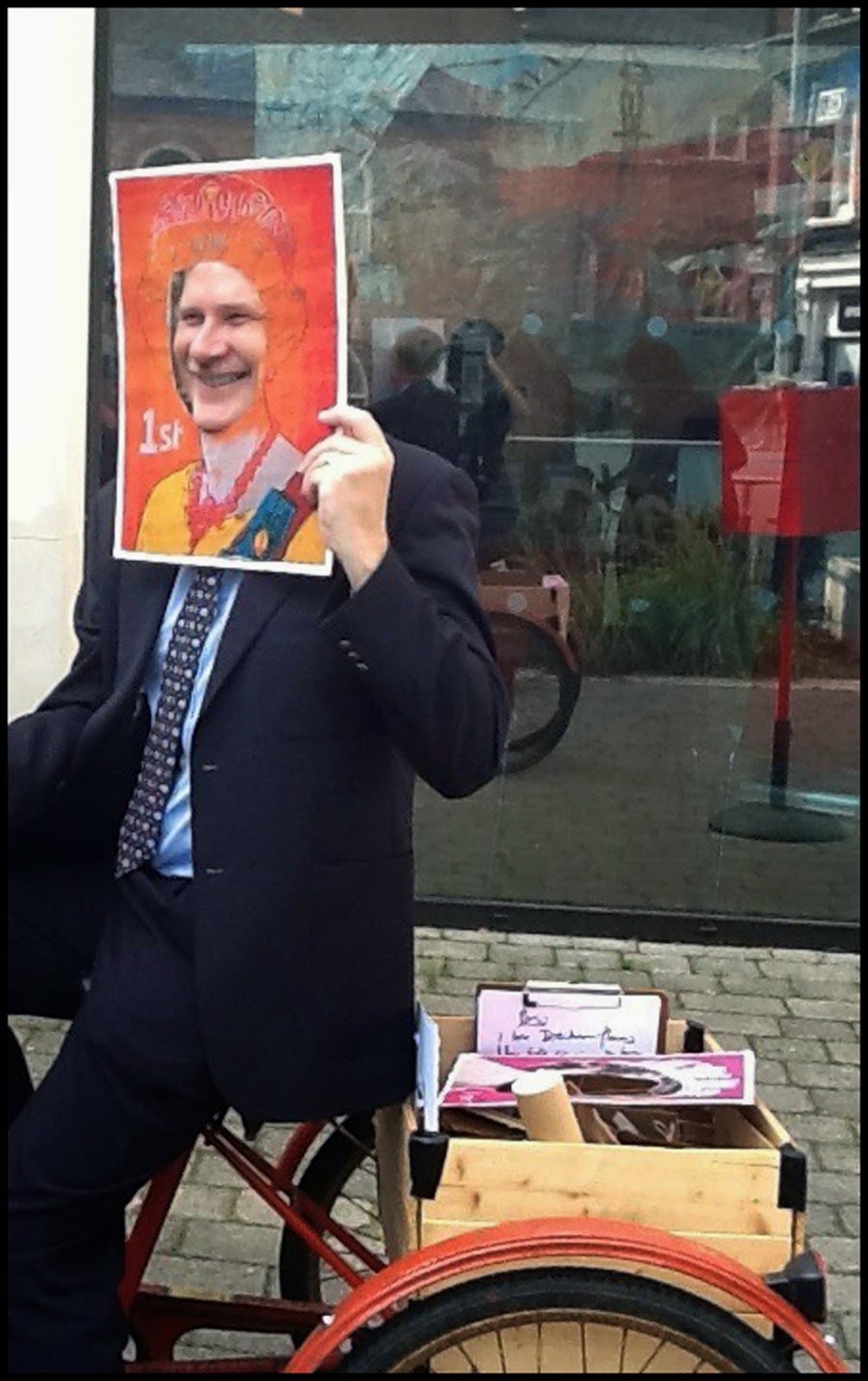 ... to pedal off on their tricycle. I hope he delivered the pile of special poem packets. I, for one, was delighted to receive one of these from the Poetry Posties at The Poetree. I'm hoping the surprise contents will bear fruit in organic ways, both in my garden and at the tip of my pen.