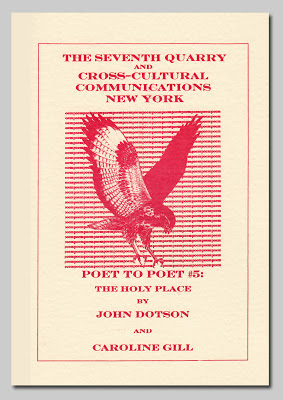 I am delighted to have two reviews this week of The Holy Place, my poetry chapbook co-authored with John Dotson, who lives in California. The commissioned chapbook is the fifth in the Poet to Poet series, published by The Seventh Quarry (ed. Peter Thabit Jones in Swansea, home town of Dylan Thomas) in conjunction with Cross-Cultural Communications (ed. Stanley H. Barkan in New York).
The first review by Juliet Wilson (who blogs as Crafty Green Poet), editor of Bolts of Silk, can be found here. There is also a version of this review on Juliet's page in GoodReads. I have just noticed another related post by Juliet here, on the subject of Italian feral cats, who feature in my poem, 'Monte Testaccio: Mound of Potsherds'.
The second review, by Ian Griffiths, has appeared in Twelve Rivers, the publication of the Suffolk Poetry Society.
I will post a line from Ian's review here ...
“For anyone who has a close involvement and appreciation of nature, place and history, this is an inspiring collection."
Ian Griffiths, Editor of 'Twelve Rivers', publication of The Suffolk Poetry Society, 2013
If you would like to purchase a copy of The Holy Place (£3.50 inc. UK p&p), please contact me via the email here.
Do take a look at (and 'LIKE') the new Facebook page for the Suffolk Poetry Society. The Twitter feed is at www.twitter.com, where you can search for @SuffolkPoetrySo or 'Suffolk Poetry Society'.
Posted by Caroline Gill at 21:16 1 comment:


The photo above was taken some twenty-eight years ago on my first visit to the wonderfully bleak and majestic landscape of the Scottish Highlands.

25 January is known as Burns' Night, and there will be many gatherings, complete with poetry and a haggis, in honour of the poet, Robert Burns (aka Rabbie), who lived from 1759 to 1796.

The link below the top photo will take you to a well-known and much loved song by Burns. It was written in 1789, but has become particularly cherished in the light of the emigration that ensued once the Clearances began.

Some of my Scottish ancestors, who hailed from the area around Kingussie and Newtonmore, might well have lived in homes like the blackhouse below, prior to their emigration to Australia.

Speaking of things Scottish, you can read my poem about Loch Coruisk (on the Isle of Skye) here - and you might like to create a poem with the Rabbie Burns Rhyme Generator here!


Happy Burns' Night to all. 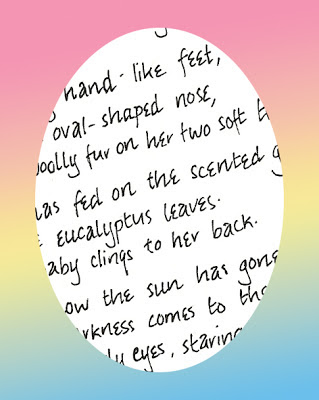 Writers often have a favourite pen. These days it is possible to purchase a poetic pen.

Thanks to Sarah James, I discovered that today is National Handwriting Day, so I am posting a sample from my childhood poem, Koala Bear, which I read out recently (along with more contemporary work from The Holy Place) on the Friday Breakfast Show on Ipswich Community Radio.

John Hancock, the first person to sign the American Declaration of Independence, was born on 23 January 1737. A year ago almost to the day, David and I found ourselves in Philadelphia in the historic area around the Independence Center and the Liberty Bell (and if it looks cold, it was ... bitter!). 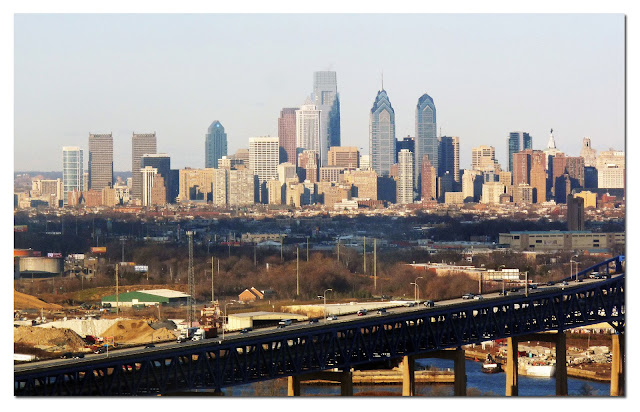 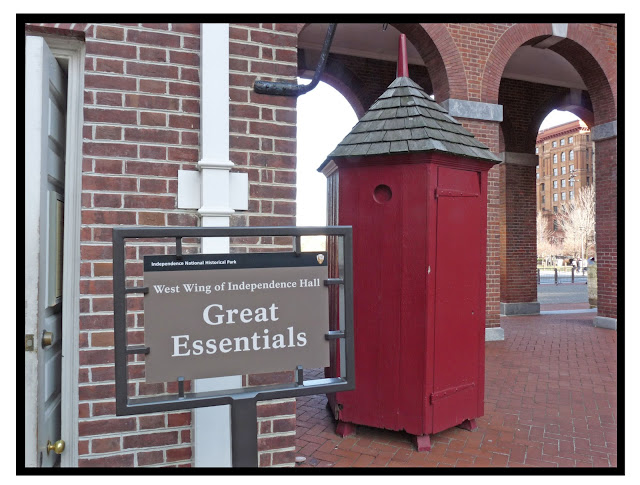 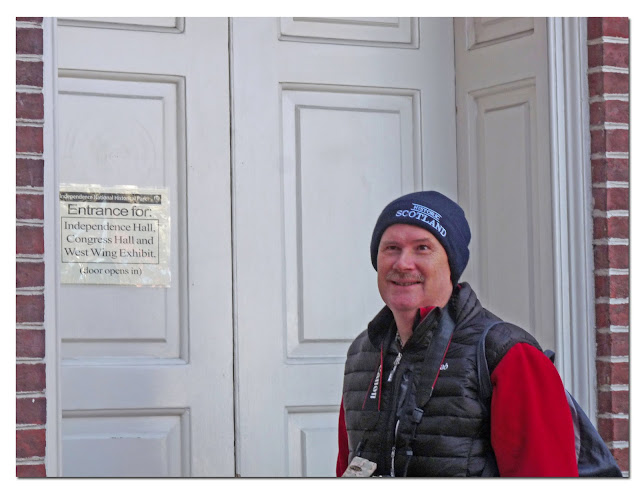 
Lucy Pevensie found Narnia by pushing through the coats in the wardrobe in the professor's house, or so we are told in the narrative of The Lion, the Witch and the Wardrobe by C.S. Lewis. As you can see from the photo below, our home patch here in Suffolk has had the appearance of Narnia for much of this past week.

The photo above was taken some time ago in the Cathedral Close at St Davids in Wales (near The Thirty-Nine Steps, but I don't want to mix my favourite stories!). I always imagined that this lamp post, with its reflected tree branches, must have been similar to the one known to Lucy and Mr Tumnus the faun.

I am greatly enjoying one of my Christmas presents, The Lion's World: A Journey into the Heart of Narnia by the new Master of Magdalene College, Cambridge and former Archbishop of Canterbury, Rowan Williams.

I first read about the book in The New Statesman last August. John Gray, the lead reviewer for that publication, wrote a review entitled 'Beyond the Wardrobe Door', with the subtitle, 'An Archbishop interrogates Narnia'. I read it at the time on a train journey from London to Swansea, and knew immediately that I would like to read what Gray describes as 'this mind-opening little book.'

The Lion's World is beautifully produced by SPCK (with a cover flap that doubles as a bookmark). There is a back cover endorsement by St Andrews theologian, Professor Tom Wright, who says,

'Those who have tried to debunk Lewis and his children's books will find Williams
more than a match for them ...'

I have not yet reached the end of The Lion's World, but I am already in agreement with the assertion inside the front flap that this book is not only 'a rewarding and ultimately joyful read', but also one that highlights the allegorical and 'powerful spiritual insights' on offer in The Chronicles of Narnia.

I confess to a lifelong deep love of the book, The Lion, the Witch and the Wardrobe. I have always found the film disappointing, partly because the Pevensie children are not quite as I imagine them. However, we have been re-watching the film (a good thing to do when snowbound!), and I have to admit that I have greatly enjoyed the remarkable winter scenery. BBC Winterwatch at Aigas may have come to an end with its stunning footage of real wild beavers, but who could resist their talking substitutes in Narnia? 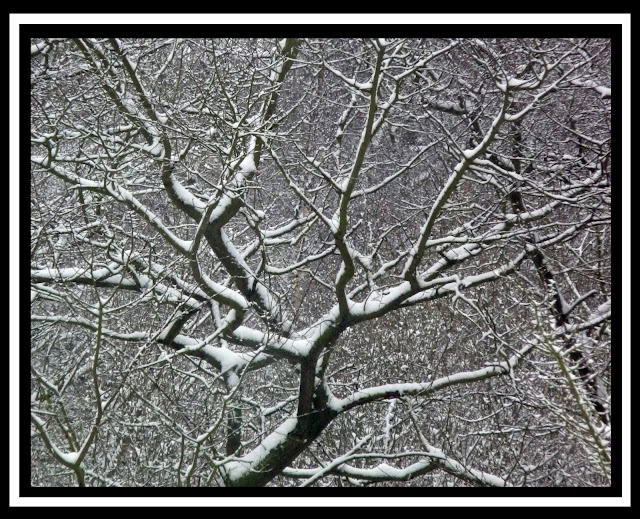 As I say, I have yet to finish the book, so will refrain from commenting on my view of the depiction of Aslan in this new volume. However, countless others have left Narnia footprints ahead of me through the snow, and you might enjoy this fascinating and substantial post by Mark Meynell on the Quaerentia blog. Mark explores the significance of Narnia, and 'why it matters' to Francis Spufford, as outlined in Spufford's work, The Child that Books Built.

Before I close this post, I would like to refer back to one of my favourite blog post readings of 2010. The post was written in three parts by Rosie of Leavesnbloom. You can find Rosie's writing about the C.S. Lewis trail  ... here and here and here.


"I did not say to myself,
'Let us represent Jesus as he really is
in our world by a lion in Narnia.'
I said, 'Let us suppose
that there were a land like Narnia
and that the Son of God,
as he became a man in our world,
became a lion there,
and then imagine what would happen.' "
C.S. Lewis
Posted by Caroline Gill at 22:05 1 comment:

About fifteen of us enjoyed a stimulating poetry workshop with Geraldine Green last Friday. The workshop took place at UCS, and was followed by a delicious meal, poetry reading by Geraldine and Open Mic session at Arlington's in Ipswich.

The day of poetry was organised by Ian Griffiths and The Suffolk Poetry Society. I, for one, came away with pages of draft poems and raw material on subjects as diverse as gooseberries and the Caryatids on the Erechtheion in Athens!

Geraldine's relaxed approach gave us the confidence to experiment, and we enjoyed sharing our efforts - and making new friends in the process. I never cease to be amazed (and impressed!) by the care and neat hand writing employed by some poets in their initial phase of drafting. I like to throw in all my ideas as fast as possible, which inevitably leads to much crossing out and illegibility on the paper in front of me. I realised some time ago that A5 is too small for me to use 'comfortably' (or 'productively'?) at this stage. I seem to need the space afforded by A4. This may be partly because I normally draft poems on the computer, often using the delete key and 'strike through' facility etc. in the initial stages. I wonder how others like to work ...

Geraldine read from her various collections, and particularly from The Other Side of the Bridge, published by Ronnie Goodyer and Dawn Bauling at Indigo Dreams Publishing. I bought a signed copy, and have enjoyed reading poems we heard like 'Me and Janine' (a compelling British poem about the shipyards at Barrow-in-Furness) and 'Walt' (a brilliant poem set on Long Island, addressed to Walt Whitman).

My thanks to to Geraldine, Ian and the Suffolk Poetry Society!

Incidentally, you will find Geraldine's answers to The Next Big Thing here. Thank you, Geraldine, for enabling me to host these.


I am much looking forward to a Writing Workshop by Dr. Geraldine Green here in Suffolk this afternoon. The workshop and reading have been arranged by the Suffolk Poetry Society and will take place at UCS (I have put the link through to the next UCS Heritage event - do book in and join us). David (Gill) and I last met Geraldine in Dylan's parlour, as the picture shows. Her latest collection The Other Side of the Bridge (July 2012) was published by Ronnie Goodyer and Dawn Bauling at Indigo Dreams Publishing. They will also publish her next book, Salt Road (2013).

It has been a busy week here on the poetry front. I attended the monthly Poetry Cafe at Arlington's on Tuesday night, where I read my Snowy Owl poem, 'The Ice Maiden of Zennor', from The Holy Place. Then I attended the Gainsborough Library Writing Workshop yesterday afternoon. I sent off one interview - and received 'Tips for Writers' magazine, which included my poem, 'Homeless Hound'.

Incidentally, you will find Geraldine's answers to The Next Big Thing here. Thank you, Geraldine, for enabling me to host these.
Posted by Caroline Gill at 10:13 No comments:

It seems strange to think that almost exactly a year ago I was having a wonderful picnic lunch here by the ships along the historic waterside in Philadelphia.

This year I am at home in Suffolk, UK, enjoying photographs like this one that conjure up memories.

Speaking of prompts and links, I am delighted to have an illustrated Tercet Ghazal, 'Coat Collage', up on The Ghazal Page in editor, Gene Doty's ekphrastic issue.

You will find the issue here, along with my poem and artwork. Ekphrasis is a subject that continues to fascinate me. You will find a previous post on the subject here.

Be sure to read the ekphrastic poems by the other contributors, including Kay Weeks, who sometimes comments on this blog. David and I met Kay in Philadelphia just a year ago!