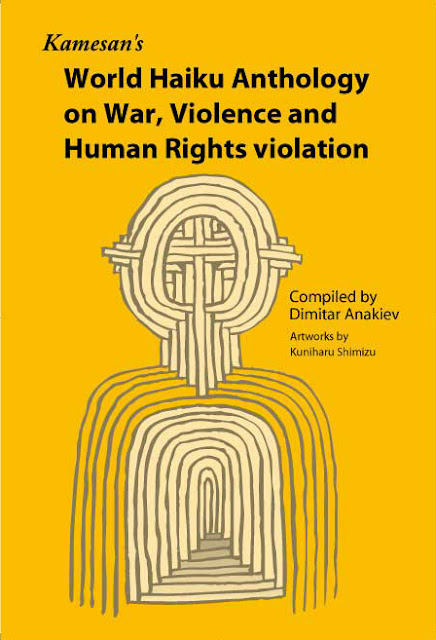 I heard today that my Haiku, dockbound, has been accepted for this forthcoming anthology, compiled by Dimitar Anakiev and illustrated by Kuniharu Shimizu. The book, scheduled for publication early in 2013, contains nearly 900 poems from 420 poets, from 45 countries (6 continents), written in 33 languages and English.

'This landmark collection, interweaving hundreds of poetic voices from around the world, creates a powerful statement for peace and against war.' Kim Goldberg, Canadian author of Red Zone and other books.

'The call for haiku on the theme of war by Dimitar Anakiev has been a call for courage, intelligence and belief in the possibility of peace. Believing in peace is essential to our survival.'  Marilyn Hazelton (USA), Editor, red lights.


I have been thoroughly gripped by 'Now All Roads Lead to France' by Mattthew Hollis. It is an excellent study of the years and days leading up to the Great War. I have almost finished the book, and was delighted to have the chance to hear Matthew presenting his subject in an illustrated talk for the Suffolk Poetry Society.


You will not be surprised to hear that the presentation included 'Adlestrop', a place I visited many years ago on a frosty morning. After Matthew had finished speaking, members of the audience were invited to ask questions and to choose a favourite Thomas poem. David and I selected 'Swedes', a poem we had written about way back in 2003. We ventured to show how this poem emerged from prose. You can find a link to our 'Note' in OUP Notes and Queries here.

Poetry Workshop: Creatures of the Night


I gave a poetry workshop on 'creatures of the night' yesterday at Gainsborough Community Library in Ipswich. We began by thinking about poetry as a painting in words, and thought briefly about what kind of brushstrokes would suit which kind of poems e.g. we might paint Blake's 'Tyger' in bold strokes just as we might use soft words if we were writing about the wool of a new lamb.

We made spidergraphs as poem prompts and used poetry fridge magnets to give us words to incorporate. Each member of the group had brought in a poem, and I was thrilled to see how many had selected a poem that they had written themselves.

We considered the key part played by each word in the poems before us. We also tried to assess the role of repetition and the difference (positive or negative) that an adjective or adverb can make. It was good to have the chance to look again at the 'spotted snakes with double tongues' passage from A Midsummer Night's Dream, and to see how Shakespeare viewed the creatures of the night. 'Rere-mice' was a new (if archaic) word to most of us. I am really looking forward to hearing some of the finished pieces of work next week. My thanks to Mai Black for running the writing group.

I will be launching my chapbook, 'The Holy Place', during the evening.
Please come and join us ... and bring a poem to read on the theme of November/Memories.

by John Dotson (USA) and Caroline Gill (UK)
is the 5th in the Poet to Poet series,
a commissioned series published by
The Seventh Quarry Press in Swansea (ed. Peter Thabit Jones)
in conjunction with Cross-Cultural Communications, New York (ed. Stanley H. Barkan).

Posted by Caroline Gill at 11:07 No comments:


How would you define a chapbook?

I have been asked this question a few times since my recent 2012 chapbook (above), co-authored with John Dotson, was published.

Most people are au fait with 'poetry pamphlets'; and in many or most cases today, a chapbook and a pamphlet are synonymous. Indeed, some Oxford Dictionaries say as much. What fascinates me, however, is the origin of the word, 'chapbook'. Perhaps chapbooks are more widely known these days on the western side of the Atlantic.

Here are a few facts:
I hope to be reading from The Holy Place at the monthly Poetry Cafe in Arlington's, Ipswich, on Tuesday 6 November 2012. The Poetry Cafe is open to all (small fee to cover costs) and begins at 7pm. Do come and join us ... and bring a poem to share.
If you would like to find out more about The Holy Place, there is a link here to my website. This commissioned chapbook has been published by Peter Thabit Jones of The Seventh Quarry Press in Swansea in conjunction with Stanley H. Barkan of Cross-Cultural Communications, New York.

'... when the stars threw down their spears ...'
William Blake

We gathered in Gainsborough Community Library in Ipswich for a National Poetry Day afternoon. The library had a Poetree in its foyer, and we were each invited to add a poetic leaf to the branches. Of course, we had to write the poems first!

It was soon time for a series of exercises designed to flex our poetic muscles. We played a kind of 'write a poem' version of Consequences, selecting words or phrases that could be incorporated into our own poetic offerings. So eventually, armed with ideas, words and phrases, we each selected a fine art picture ... and tried to harness our thoughts, ensuring that we had a brief but pretty well honed piece to transcribe onto our respective leaves.

Each person had been invited to bring and share a favourite poem, and we had the chance to say why our choices particularly appealed. I chose The Tyger by William Blake. It was one of the first animal poems to roar along into the poetic menagerie of my childhood. It is, I believe, a poem that can appeal to young and old alike. It celebrates the creative process, and you can almost hear the hammer banging away on the anvil as you read it aloud. Other selected poets included (among others) Eliot, Wordsworth and Yeats.


I wonder how you will be celebrating National Poetry Day!

I am looking forward to the Gainsborough Community Library poetry workshop here in Ipswich. We shall be toning our poetry muscles and honing our poetry techniques. Each participant is due to present a favourite poem. No prizes for guessing which one I have chosen!

I hope to throw a link to NPD sites I see during the day ... so let's start with the official National Poetry Day site, which can be found here. 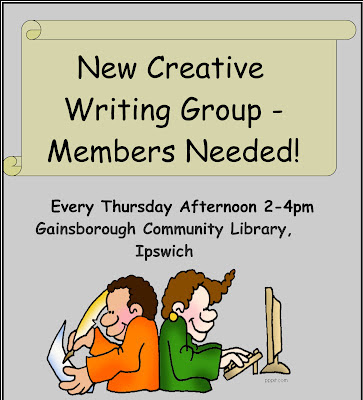 Posted by Caroline Gill at 09:35 No comments: