Media Matters (4) #relaypoem for The Olympics


My Olympic (British summer) #relaypoem is up on the Poetry Society website today ...
Posted by Caroline Gill at 18:36 No comments:


It's good to have my Haworth poem posted on the Brontë Blog here as a tribute to Emily Brontë on what would be her 194th birthday.

You will find my previous post on the Brontë family here.

Magazine Moment (31): Poem in The Dawntreader


My poem, 'Cuckoo Song', has been published in The Dawntreader #019 (ed. Dawn Bauling and Ronnie Goodyer, Indigo Dreams Publishing). The poem is a rondeau redoubled, and is a tribute poem to William Ross, a Scottish poet who was born at Broadford on Skye in 1762. You can see where he died here.
Posted by Caroline Gill at 10:00 No comments:

Poetry Matters (21): Poets and their Websites

I have been visiting a number of contemporary (or recent) poets' websites and blogs recently, and thought the links below - in alphabetical order - might also be useful for others. I may add to the list as time goes by, but I wanted to start with the ones I have visited up until now. I hope you may enjoy these. And perhaps you have come across some interesting sites, too.


I received a copy of the international poetry journal, Metverse Muse (ed. Dr. H. Tulsi), through the post today from Visakhapatnam in India. I had entered the annual competition a year ago, and was delighted to hear that the combined scores for my two fixed-form poems had won me the title of Metverse Muse 'Best Fixed Form Poet of the Year' in Category A for 2011. 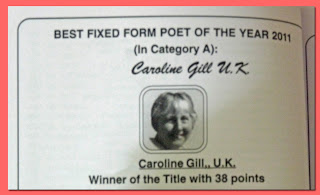 My thanks to the panel of judges. One of my poems, a Terzanelle (a form devised by Professor Lewis Turco, author of The Book of Forms) is about Kilt Rock, a favourite haunt on the Isle of Skye. 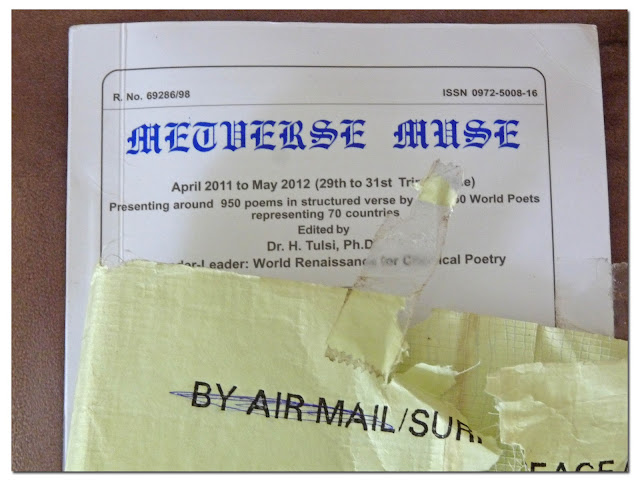 Those who follow this blog know that I don't usually take part in blog awards these days that involve answering a set of questions and then passing the questions on to others. However, this award does not have these requirements, so I am delighted to receive the nomination and grateful to the anonymous person who nominated my Coastcard poetry blog. You can read the message I received below ...

An article you wrote in 2012 titled Publication Pointer (2): The Book of Forms (4th edition) by Lewis Putnam Turco has earned your blog a nomination for a Fascination Award: 2012's Most Fascinating Creative Writing Teacher blog.
The comments posted in response to your post prove that your content not only inspires your audience, but it also creates discussion around your posts, both of which are requirements for the nomination of a Fascination award.
As a nominee of this award, you have full permission to display the Nominated emblem on your website.
Thank you for your participation!

According to Mr Pelletier, 'the Fascination Awards are an annual collection of the web’s most inspirational and thought-provoking blogs. All participants are nominated by our editorial team and voted on by our readers. We know that all blogs are not created equal, so we want to recognize websites that go above and beyond, providing truly engaging content for their visitors. Again, congratulations on your nomination!'
Posted by Caroline Gill at 21:37 1 comment:


So what happened to Jim Hawkins?

I wonder if you remember turning the pages of Treasure Island by Robert Louis Stevenson as a compelling swashbuckling yarn unfolded in your mind's eye. Former Poet Laureate and founder of the remarkable online Poetry Archive, Sir Andrew Motion, held us spellbound in Bury St Edmunds the other night at the launch of his new novel, Silver, a sequel to Stevenson's classic tale. The new book is published by Jonathan Cape.

The event took place in the Greene Room at the Theatre Royal, the only surviving Regency Playhouse in the UK, now in the care of the National Trust. I won't write about the launch event itself in any detail in the hope that some of you may be planning to attend one of these evenings yourselves. Suffice to say that it was a joy to hear the poet reading his own words, with fascinating snatches of commentary thrown in along the way. We were riveted by prose pieces from Silver, and were also treated to a selection of Motion's recent poems. It was one of those evenings that left you craving more, and I found myself joining a mounting queue of (adult) would-be treasure seekers at the book signing table. 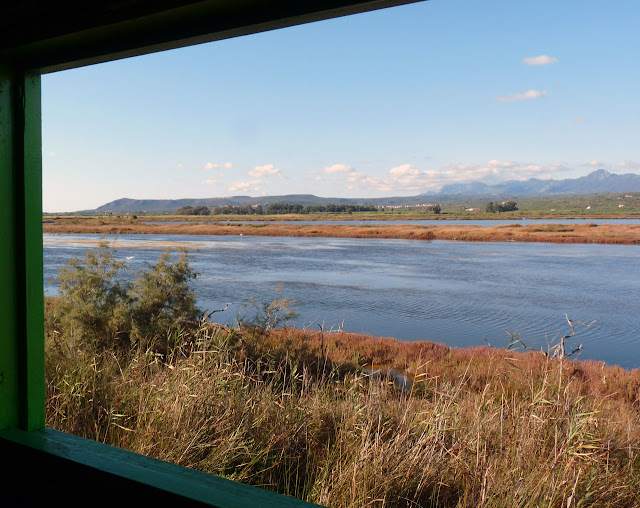 I have just received a copy of the second volume of A Pocket Full of Spring Fever, edited by Sue Kendrick, owner of Writelink. The small-format booklet contains the winning entries from the 2011 Spring Fever competition. My poem, 'Observations from the Hide', was awarded second prize and appears on p.14.
Posted by Caroline Gill at 15:53 1 comment:

There has been much publicity about Poetry Parnassus, running in tandem this year with the Olympic Games. I will throw a link back to this previous post on poetry and Olympia ... here.
Posted by Caroline Gill at 23:11 No comments:

My Haiku below was voted 7th in the 3rd International Kukai on Rita Odeh's Catching the Moment site. The kigo was 'rainbow'. There were 145 haiku from 59 haijin, representing 16 countries.

If you would like to take part in the FOURTH INTERNATIONAL KUKAI, you will find details here. According to the Haiku World site, 'a kukai is a peered review poetry contest. A topic is assigned by the secretary, and all poets submit their poems on that topic to the secretary. An 'anonymized' list is then distributed to all participating poets and they are invited to vote. Votes are returned anonymously to the secretary who tallies the votes and re-sends the poems to the participants, this time with names and points revealed.'
Posted by Caroline Gill at 10:32 1 comment:

Poetry Cornwall | Bardhonyeth Kernow, # thirty four
I have been a subscriber to Poetry Cornwall | Bardhonyeth Kernow almost from its arrival on the small press poetry scene. A number of my relations lived in Cornwall, and it is a part of the world I have known and loved for as long as I can remember. Presumably like a number of others, one of these relatives felt that she had invented surfing ('belly-boarding') by riding the Atlantic waves on a coffin lid.

Forget the coffins: this is a time for celebration. Poetry Cornwall | Bardhonyeth Kernow is riding high on the upward trajectory of its unique wave-crest as it marks this special 10th anniversary year. Thank you, Les, on behalf of so many of us, for a terrific magazine. Thank you for sharing poetry, for publishing our poems and also for including poems in dialect, in Cornish, in other languages and in translation.

This issue contains my piece, 'Moonshine', about the Snowy Owl who landed in the Zennor area of Penwith around Christmas-time in 2008. I had the opportunity to read the poem a few days ago at the IpArt PoetryFest here in Suffolk.

Poetry Cornwall | Bardhonyeth Kernow also marks its milestone anniversary with the publication of a new book, Cornwall - an anthology of poetry and photographs, described as 'an artistic and literary credit to the identity, heritage and culture of a Celtic nation'. The book is compiled by Les Merton and illustrated with photographs by Angelicia. It contains my dragonfly poem, 'Vagrant Emperor', written in a form inspired by Bengali-American poet and editor of Shabdaguchha, Hassanal Abdullah's 'Swatantra Sonnets'.

Both publications are sold by Palores Publications.

David (Gill) on the left was taking part in the proceedings with UCS colleague, Gill Lowe.

P.S. You can read a feature on the short story as a genre here.
Posted by Caroline Gill at 23:15 No comments: