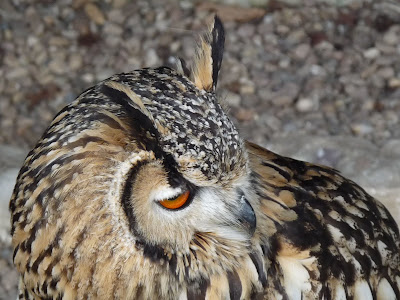 The Weaver of Grass is inviting us to post on a favourite book. I am treating this a bit like Desert Island Discs in the sense that on this occasion I am assuming that I may also squeeze the Bible and the Complete Works of Shakespeare on to my raft.

I have blogged recently about the poem, Cadgwith, by Lionel Johnson; and since I can recite this by heart, I do not need to take a copy of this poem with me.

This whittles my choice down to:
... but on this occasion I shall opt for The Collected Poems of Edward Thomas.

Of course there are many other books that spring to mind. I might have to exchange my raft for a cruise ship.

Why Edward Thomas? The book is weighty and has a satisfying feel to it. I knew little of Edward Thomas, possibly just his wonderful poem, Adlestrop (and here) before I moved to Wales seventeen years ago, but I have since grown to love his writing. I attended an excellent course under the aegis of the Swansea University Department of Adult Education, entitled 'Three Thomases: Dylan, RS and Edward'.

Edward Thomas was a deep thinker who engaged with the natural world. He went on long walks and noticed the birds, the nettles and the country ways of life.

I am not a great supporter of wars, but I admire the fact that Thomas chose to enlist for the Great War, despite being of an age at which subscription did not apply. He was killed by a stray shell when he had only been writing poems (as opposed to prose) for a very few years. I have probably mentioned it before, but his poem The Owl encapsulates for me so much of what Thomas was about. It was written when the poet was at home in Steep in Hampshire on 24 February 1915. He appears to have been troubled by the fact that young men had no choice but to join the war effort. Perhaps Thomas was wrestling with his own conscience. By 8 April 1917 he was dead.

My chosen volume shows the text of the poem on one side with notes on the facing page. I find this fascinating and very helpful. Thomas made few alterations to this poignant poem. There is certainly a wistful note in many of the poems (one is called Melancholy), but there are poems that are less pensive.

David and I became fascinated by the colourful poem Swedes (number 26 in my volume) a few years ago. We wrote a short article (link to first page) about the ancient Egyptian background to it, which was published in OUP's Notes & Queries.

So for a number of reasons, Edward Thomas wins out, and - providing I can find a waterproof cover - his Collected Poems edited by Professor R. George Thomas will join me on my raft.

Coastcard, I don't think there will be room left on your raft if you take this many books with you. LOL! :)

I love your owl picture and I have the book The Chronicles of Narnia which is all the books together in one. From its thick collection I've read The Magician's Nephew and The Lion, The Witch and The Wardrobe. Both stories are great. I've also watched the two movies that have come out.

It's getting late, good night.

Great post Caroline. I grew up loving war films but had asthma and didn't like discipline so the army wasn't for me.

I don't want wars, and wished the world was at peace, but at the same time also feel that I should have gone to war, even if it was just so I could hate it afterwards.

This is especially the case now that there's a battle I really believe in: the fight for freedom and democracy in Afghanistan, which I think is as justified as being on the socialist side in the Spanish civil war, or the allies in World War Two.

I have memories of loving Tall Nettles by Thomas. I must read it again. I also love The Lion, The Witch and The Wardrobe - also must read that again!

Thanks for drawing my attention to the swede poem.