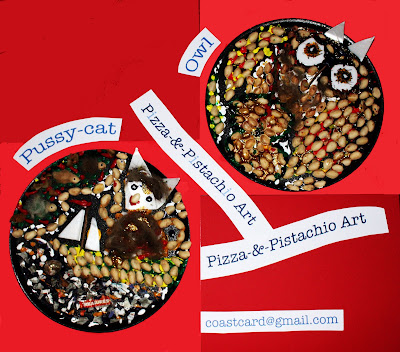 Part of The Altered Page
DisCo Project
under Seth Apter 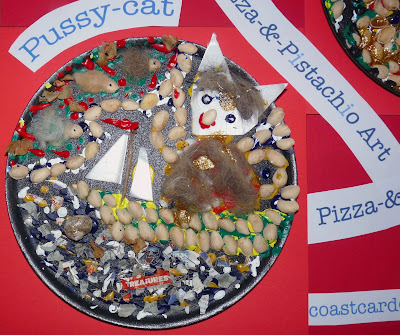 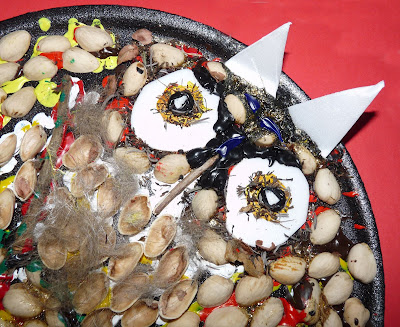 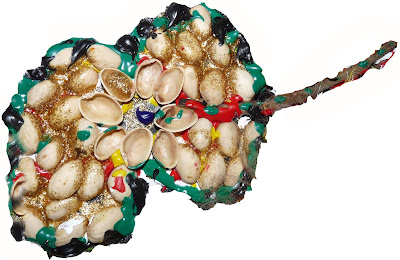 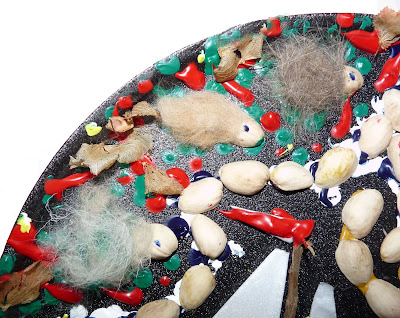 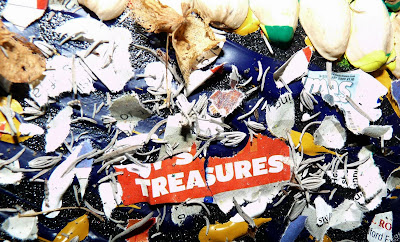 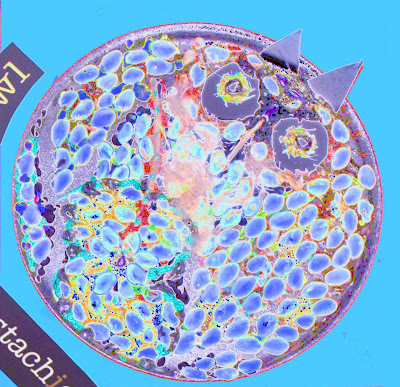 This piece of digital art can be interpreted in a way that suits the viewer. This viewer (who is also the maker) likes to think that she has created a couple of virtual pizzas. They are perhaps two-season pizzas rather than quattro staggione, for the bundle of components was only allowed to 'cook' in the open air for the duration of six months. This viewer hope that her picture may cause a smile. If it makes you think about the possibilities of re-using cast-off materials, well, so much the better. These pizzas are purely decorative. Enjoy!

Items re-used from the bundle:
Items that vanished:
Items added in to final picture:
'My collaborator is nature'
Seth Apter

Seth of The Altered Page has been hosting the DisCo Project (aka the 'Disintegration Collaboration' Project) over a period of months, and many of us worldwide have enjoyed taking part. This is the culmination of months of work and weathering. This is the day when we reveal not only what the weather has done to our bundles but also how we have recreated something new from the remains of the items that we abandoned earlier on.
So what I have I gained from taking part? It has been fascinating to see how others have approached this exercise, and to visit blogs from the other side of the Atlantic (not forgetting the blog of the Weaver of Grass, closer to home). It has challenged my thinking about the value of detritus and has made me test out a theory that discarded pistachio shells can have a use after all! I went through a phase of throwing them on the garden as compost (like cocoa shells), but began to feel that they might entice rats. Seth's project has made me think again about the age-old question, 'what is art?'. Is it about beauty or worth or self expression? Do we paint - or write or sing or act or take photographs - to please others or to please ourselves? What compels us to exercise our creative instincts? How can these benefit society - and should they (or is it art for art's sake?). One of the good things about this DisCo project was that although we were collaborating with one another, we were not in competition because our real collaborator was nature itself.

Thank you, Seth, for inviting us to join the dance; and for opening our eyes to new possibilities, techniques and means of expression. Diolch yn fawr!
Posted by Caroline Gill at 00:08

What enormous fun your pizzas are! I just love them, so different. I love that some of your bundle 'disappeared'!! How funny. I can imagine some hedgehog trotting off with a kitchen roll! What a great project this is. Super work.

I love the owl & the pussycat, although the jumbilies are still my favorites, really interesting what you disintegrated and what you came up with in the end!

Disintegration Pizza!....is there no end to the ingenuity inspired by Seth's projects. The blue owl is rather beautiful!

I love your owl...especially through the blue filter. Very quirky and lots of fun.

Thanks for popping by for a visit too.

fun pizza's, love the little hedgehogs, so cute :) your post has some really great thoughts in it, loved to read it.

these are so much fun and so very creative examples of reuse....

I love how it came together and almost edible. :)

It's been totally fun seeing how other artists are experiencing this experiment!! So cool.

I love that owl! I also like how you listed the items used and those that went missing in action...and your response to the whole project. It has been awesome hasn't it?

Thanks for visting me:)

Clever and quite a mix.

I adore your pizzas! How very creative and fun :-) Cheers from Holland. (Where I talk about art)

Those pizzas are cool. I especially like how it looks like an owl. I think nature is beautiful and to use so many used items was simply creative. Have a great day.

fun and thought provoking too!