My first full length poetry collection, Driftwood by Starlight (The Seventh Quarry Press, June 2021), is being launched via Zoom this evening, Tuesday 3 August 2021.

Driftwood by Starlight can be purchased for £6.99 (UK price) from the online shop at The Seventh Quarry Press website - here. 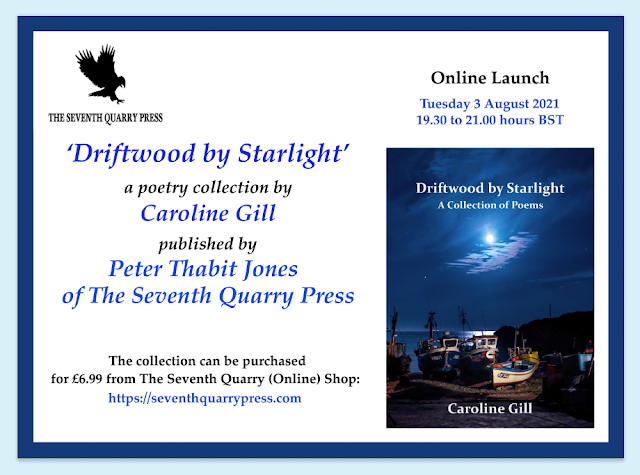 Peter Thabit Jones, my publisher, will introduce The Seventh Quarry Press. I have invited Peter to read one of his 'Edward Thomas' poems in the first half.

I will read a selection of poems (East Anglia, Wales, Cornwall ...) from the book. Guest readers, Susan Richarson and Jean Salkilld, will each read one of their poems. David (Gill) will also read one of his poems.

Jean's collection, The Familiar Road, was published by The Seventh Quarry Press in 2016. (The Suffolk poem Jean is due to read is not actually in this collection.)

My thanks to photographer, Laurence Hartwell, for his night-time photograph of Cadgwith on the front cover.

Thank you also to Maria Lloyd whose questions about the collection will appear in a future post on my blog ... with my answers!

Update, 4 Aug 2021: my sincere thanks to Juliet Wilson who has posted a review on her Crafty Green Poet blog here. 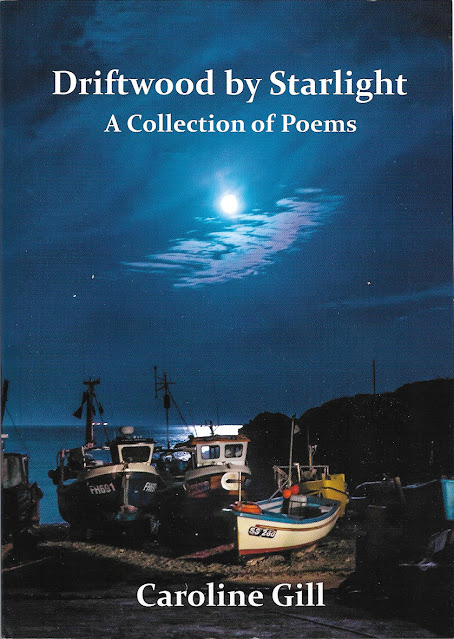 My poems included in the online launch:

I refer to my two 'Edward Thomas' tribute poems. These are:

My poem, 'Rhossili: Writing The Worm', was first published in Hidden Dragons/Gwir a Grymus (Parthian Books, 2004) after I had taken part in The Write Stuff, a Disability Arts Cymru initiative. I attended launches at the Hay Festival, Ty Llyn/The Dyan Thomas Centre and the National Botanic garden of Wales.

Peter Thabit Jones to read his poem, 'The Edward Thomas Stone in Steep' from Peter's new book, GARDEN OF CLOUDS New and Selected Poems. You can read about it and buy a copy here. There are some sample poems here and here.

Jean Salkilld to read her poem, 'At Saint Edmundsbury Cathedral'.

I refer to the poem, 'Words' by Edward Thomas.

My chapbook: The Holy Place (2012), shared with John Dotson,  and published by The Seventh Quarry Press in conjunction with Cross-Cultural Communications, New York. John was the first poet-in-residence at the Robinson Jeffers Tor House Foundation in Carmel, California.