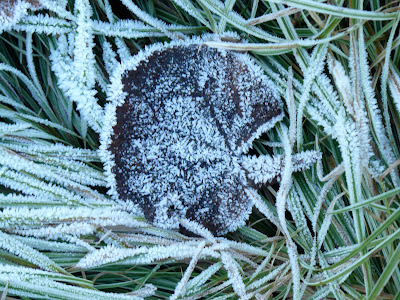 I was delighted to receive the current issue (75) of Wendy's TIPS for Writers magazine, linked to Norfolk Poets and Writers. I tend to start reading volumes from the back - or at least to flick through from the end to the beginning - so my eye was immediately drawn to the amusing 'Podge' cartoon of a wannabe poet mistaking her Haka for her Haiku! I am not a great rugby fan, though perhaps I will take more interest now that I have discovered that a distant ancestor, Charles Monro, was at least partly responsible for introducing the game to New Zealand in 1870.

Issue 75 is packed with poems, reviews, competition details, publications to buy, and a round-up of news. A sample of work from 'Top Tips Poet', Michael Newman, takes pride of place. The first page of his poetry contains two fine sonnets, 'Cold Snap' and 'Landmark'. I have just spent a birthday book token on 'The Cinder Path' by Andrew Motion, and was very interested to see how Newman's 'Cold Snap' and Motion's 'Raven' both tackle the subject (I can't say persona, can I?) of the raven in distinct ways. I sense a resonance with John Dyer of Aberglasney, too; but this may not be the intention of either of these poets. Newman's 'statue-breaths' and 'willow-pattern dells' are two images that will stay in my mind.

Other treats include two Davidian poems by Claire Knight, ever the queen of the kernel in her ability to pack so much into a nutshell. Other poems that stopped me in my tracks were 'Quiet Lanes of Norfolk' (well, those who know my Norfolk roots will not be surprised here!) by Frank Topley - and 'Transience', a fine Davidian by Peter Davies. On the theme of tugging at the heart-strings, I have much enjoyed 'Ex Libris' by Kay Weeks from Maryland, USA. It never ceases to astound me how some poets can pack so much possibility into so few words.

Bernard Jackson has reviewed 'A Waste Land', Wendy's new anthology (which contains a few poems by guest poets, including one about a Cornish standing stone from yours truly). Speaking of Wendy's work, Jackson feels that the poet 'applies the implied rhetoric surrounding major past and present events, to seek out new hope for our world of the future.'

TIPS for Writers costs £3 per issue and is a print magazine. eTIPS is a free pdf which can be delivered to your inbox on request. You can find Wendy's email here if you would like to receive the monthly ezine or would like to take out a subscription to the full print magazine.
Posted by Caroline Gill at 21:36

Thanks so much for sharing "Magazine Moment" with us.
You are a networker, in addition to being a find poet...and friend.