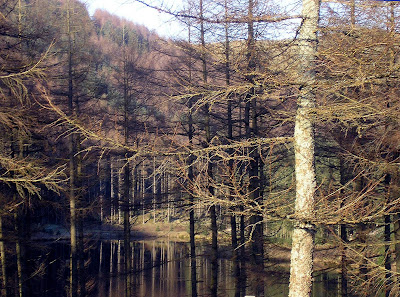 'Horizons?
If not horizons,
then at least a few cracks
through which light pierces'

Maria Dolores Garcia Pastor
on writing her novel (details below)

I was delighted to receive a package from Bucharest, Romania this week. It contained the latest copy of 'Contemporan Orizont Literar'/'Cultural Horizon Magazine' [Annul III - Nr. 1 (15)/January- March 2010]. The publishing concern responsible for the venture is a media partner of MTTLC at the University of Bucharest. Magazine editor-in-chief, Daniel Dragomirescu, and his team of translators do a terrific job in producing a publication that is largely bilingual, always thought-provoking and refreshingly global in outlook.

The current issue contains features and poems from many corners of the world, for example...

Romania
The opening article, 'Eminescu and Postmodernism' by Daniel Dragomirescu considers the impact of the hugely influential Eminescu on those who followed him, and on the contemporary poetry scene in Romania. But what of the future? Dragomirescu raises some concerns. Eminescu's 'Evening Star' found its way in to the Guinness Book of Records as the longest love poem in the world. Readers will not be surprised to learn that the gymnast, Nadia Comaneci, also appears in the 2009 edition of this popular volume.
Nigeria
We move from Romania to Africa for Abiola Olatunde's feature on the theatre in Nigeria, which is, she writes, 'on the wane' at a time when interest in film and video is soaring.

UK
I enjoyed Anne Stewart's poem, 'Winter Loving', prefaced with an epigraph from Elizabeth Jennings. Stewart's image of the 'whale-song of the trees' is one that will stay with me.

USA
Peggy Landsman the in USA shares an update on her first full-length poetry collection and on a subsequent chapbook. Watch this space!

Spain
This edition of CHM comes with a supplement, featuring the Spanish publication, 'El Boletin Del Autor'. There is an interview with Maria Dolores Garcia Pastor, the author of El susurro del los árboles ('The Murmur of Trees'), a novel about Chile. The interview has been conducted by Victor Morata Cortado.

... and back to Romania
Finally, there is the text of an enlightening conversation in the Dialouri Culturale/Cultural Dialogue series, between Professor Lidia Vianu and Mrs Ioana Ieronim, former students in the Pitar Moş English Department. I supplemented my postgraduate certificate in education (PGCE) with a TEFL qualification (back in the 1980s), with a view to teaching English in international contexts - and was fascinated to read Professor Vianu's memories of her time as a student and later as a teacher of English. She speaks about her best-selling work, English as a Key (Teora 1993/2005/2006/2008). Professor Vianu recalls a period during her student days when she experienced 'a desperate hunt for books'. I would like to think that books will somehow continue to be widely treasured as tools of learning in university circles and beyond...

Why not visit the CHM site: you will find out a bit more about the current state of international culture - from a Romanian perspective!

It must be such a pleasure to read Cultural Horizon Magazine.
Thank you so much for visiting my blog.
Delighted to be here at your great blog.