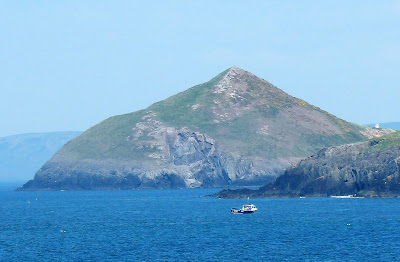 Mwnt from the Cardigan Farm Park
You can just make out the white bell tower of the Church of the Holy Cross, halfway up on the right.

We enjoyed a visit to Mwnt on the Cardigan coast of Wales last weekend.
The weather was glorious and we saw some interesting wildlife.
This was the first sign (below) we saw as we left the NT car-park at Mwnt... 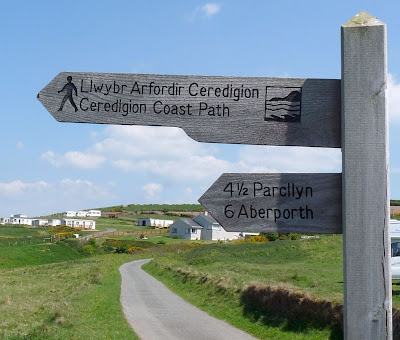 This is the church in its glorious setting... 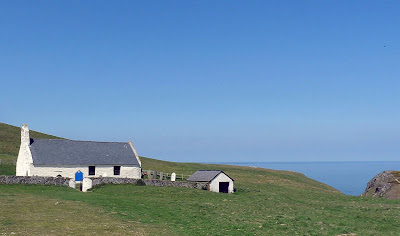 We were just enjoying our cliff-top picnic when we spotted our first seal... 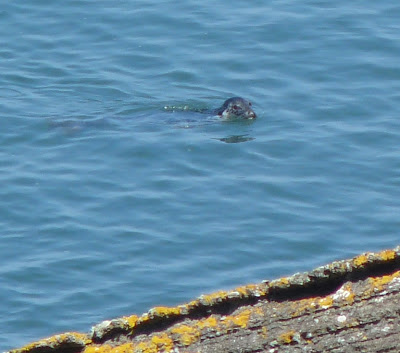 After lunch we drove the short distance on to Gwbert,
to do the coastal walk around the Cardigan Island Coastal Farm Park.

We were thrilled to see this Common Lizard,
who had ventured indoors.
It was 'rehabilitated' seconds after this photo was taken.

Out on the cliffs we spotted a few Oystercatchers... 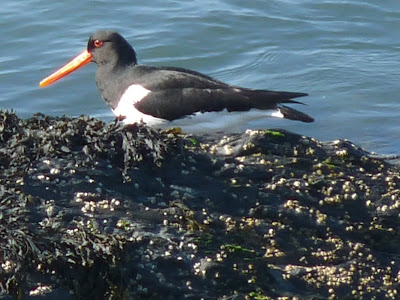 and this female Stonechat... 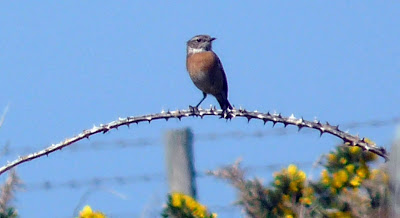 We spotted a Skylark ... 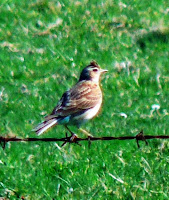 having watched Pipits earlier at Mwnt... 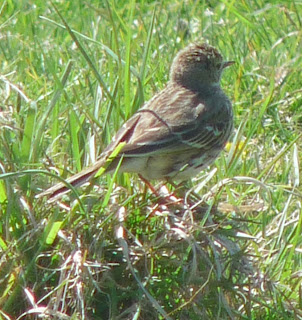 Suddenly we spotted this 'tortoiseshell' bird.
It was my first Turnstone:
an exciting moment!
The bird is sporting its breeding plumage. 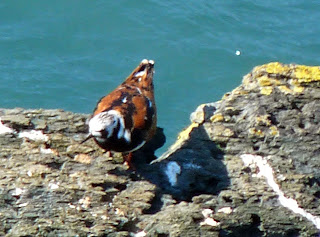 By now, we could see Cardigan Island very clearly
from our gorse-lined cliff path... 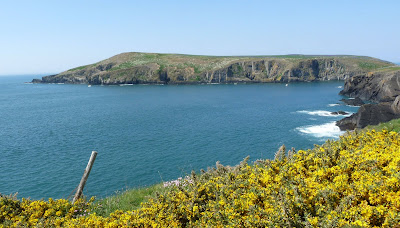 I tried out my mini-tripod for the first time,
to see if I could get a steady shot of the bluebells on the island,
and of the nesting gulls.
I'm afraid I was only moderately successful,
but it gives an idea of the beautiful blue swathes.

We spent ages with these gulls, waiting for more seals to surface,
but the tide was high
and there were a lot of motor boats about, making quite a racket,
despite the speed limit in these conservation waters. 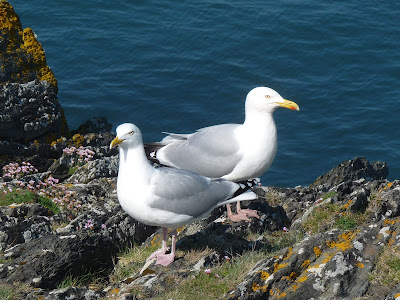 The Herring Gull below was nesting on the rock between the mainland and the island. 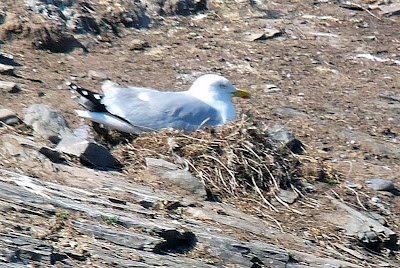 I have often seen Burnet Moths on the cliffs at Mwnt.
We were too early this time, but I did spot the caterpillar below.
It unrolled itself and trundled off into the grass.
It was pretty fat! 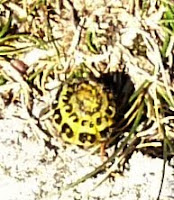 There were scores of small blue butterflies from the Lycaenidae family,
but they were too fast for me to catch on film
and I did not like to disturb them.

However, this beautiful creature from the same family
was quite unperturbed
as I took its photograph
on the way back to the car... 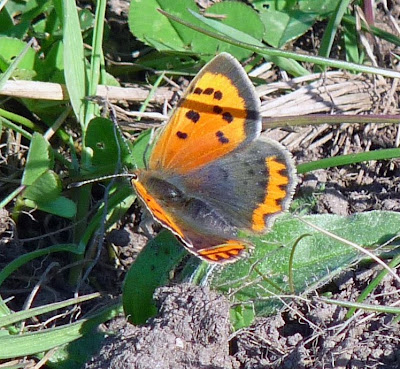 We kept our eyes on the water as much as we could in the hope that the Porpoises or Bottlenose Dolphins would appear. We did not spot any on this occasion, but I was pleased to read on the Whales in Wales blog that they were definitely around. I hope you were able to enjoy fine weather in your neck of the woods, and that you spotted some interesting flora and fauna, too.

looks like you had a nice time and saw quite a variety of wildlife. they are all so wonderful. have a great day.

The Weaver of Grass said...

How this post brought back the memories - we went twice a year to Verwig and stayed in a farm cottage - still friendly with the folk - our favourite walks were along that cliff path and to the church at Mwnt.
Were there choughs at Gwbert still?
When we walked the Pembrokeshire cliff path we were often accompanied by dolphins out in the bay. Those were the days - thank you for point it out to me.

I really enjoyed reading this post. Thanks for the info and pictures!