Window on Wildlife (4): The Red Bog of Tregaron 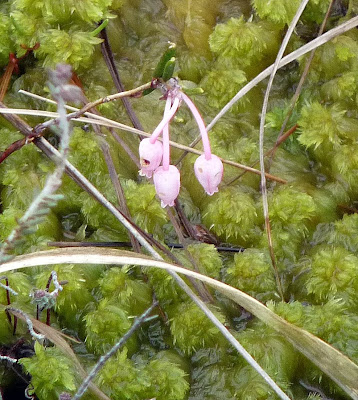 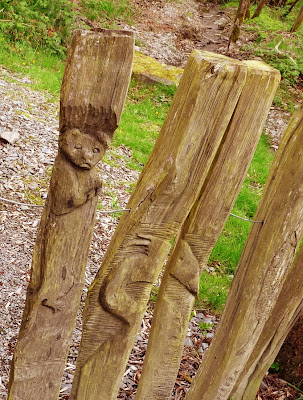 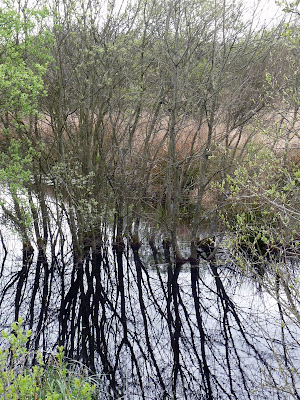 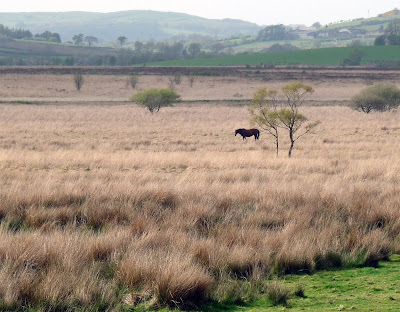 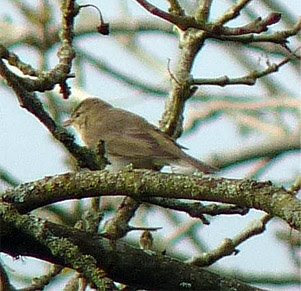 Cors Caron aka as the Red Bog of Tregaron is a most evocative place and a highly fragile environment. Sadly the light was a bit hazy when we were there on Saturday afternoon: the sun finally came out just as we reached the car! We saw about six red kites in the area (including a couple over Strata Florida) and heard the Willow Warblers in the willows.

I was most excited, on this occasion, to see my first Bog Rosemary or Andromeda Polifolia (Rhosmari'r gors, in Welsh). It is a tiny wetland plant with pink bell-shaped flowers and evergreen leaves.

I wonder why this little plant (along with others in the genus Pieris, which is also a member of Ericaceae) has been given the name Andromeda. Andromeda means 'leader of men'. In Greek mythology, Andromeda was the daughter of Cassiopeia. She was chained to a rock as a sacrifice to a sea monster until Perseus came to her rescue. Andromeda is also a northern constellation. The tragedy, Andromeda, by Euripides was first produced in 412 BC. The text is lost apart from a few fragments.
Posted by Caroline Gill at 09:22

what gorgeous photos, they all give such interesting perspectives on the area....

All those red kites too...

Nice photos and descriptions Caroline. I grew up about ten miles from there. Yes, great for seeing red kites.

Haven't been there, Caroline, but your beautiful photos really make me want to do so. And it's always such a thrill to see red kites, isn't it?

Sounds like a very successful day out. Well done on photographing the warbler - a lot easier to hear than see!