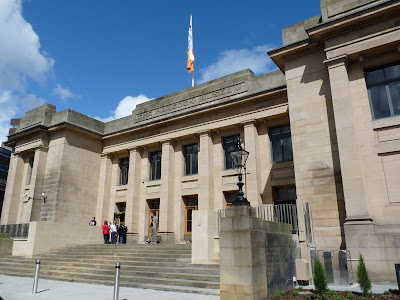 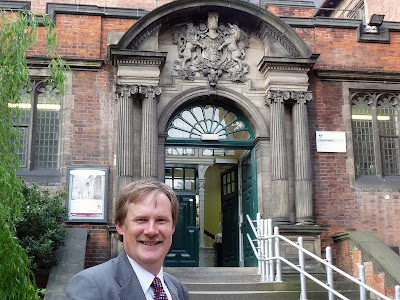 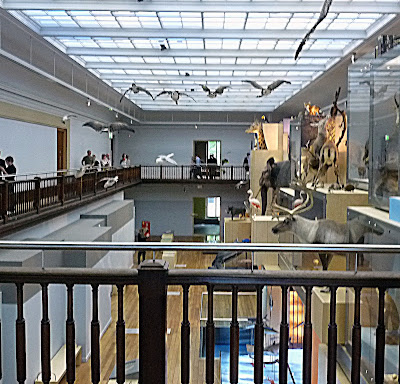 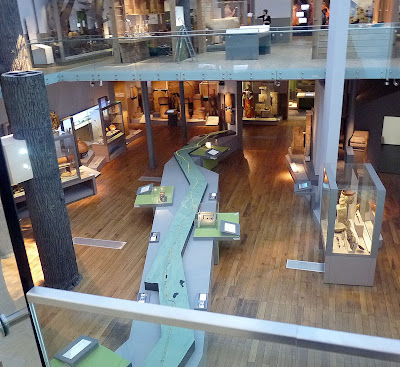 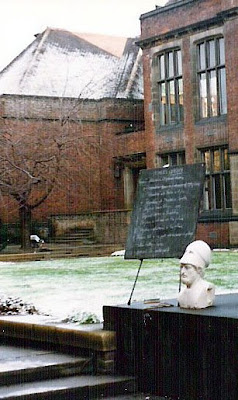 The Opening of the Great North Museum,
Newcastle upon Tyne, May 2009

(a) The Great North Museum: Hancock
(b) David outside the Great North Museum: Hatton
(c) and (d) Inside the GNM
(e) 1982: Outside the - old - Hatton Gallery:
Homer's bust in the Quadrangle, University of Newcastle, Rag Day 1982!
[We took it in turns to recite bits of Homer in Greek]
There was a great buzz in the air when we touched down in Newcastle Airport last Thursday to attend an opening evening at the Great North Museum. I had first arrived in the city by train as a university 'Fresher' in 1979: what a lot has changed since then. The city has always been vibrant, but it has definitely had a 21st century facelift. Additions like the Gateshead Millennium Bridge and The Sage have breathed new life into the area.

The Great North Museum brings together a number of Newcastle collections in a stately, state of the art museum. Gone are the days when museums were dusty and quaint cabinets of curiosity. The Great North Museum - a joint initiative between the City Council and the University - is a centre for education, enjoyment - and environmental concern. You can read, for example, about the Eye Project, in which young people have been playing a key role in recording the wildlife and landscape of the North East. The data has been fed into the Great North Museum: Hancock, so that the displays could reflect the current situation. There have been two databases: one for local recordings of wildlife sightings, and another, the North East Environmental Data Hub, for the recording of wildlife and habitat information by organisations and experts in the field. Both databases will help to inform the conservation needs of local species.

We were particularly interested to see how the collection of the old Hancock Museum fitted in alongside the university collections of The Shefton Museum (of Greek Antiquities), The Museum of Antiquities (from Hadrian's Wall) and the Hatton Gallery (of Art). It is an impressive start, but it is early days. I really hope that the respective - and sometimes overlapping - needs of 'town and gown' will be served successfully under this single starry flagship.